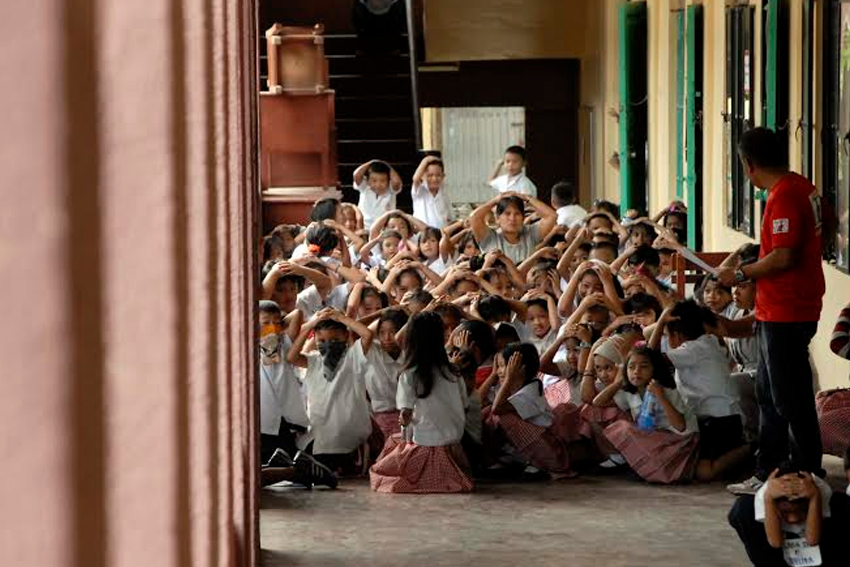 DRRMO Training Officer and shakeout drill point person, Lyndon Ancajas said that the drill will be composed of two phases: the earthquake drill for entire Davao City and tsunami drill for coastal areas.

“The DRRMO has created a scenario. The question is how will Davao City react?” Ancajas said during the I-Speak press conference held at the City Hall Thursday, June 22.

“The concept of the drill is anchored on survival. We are looking at the worst case scenario in major ground shaking or earthquake that will trigger a near-sourced tsunami. The idea is to survive,” Jaldon said.

Ancajas said that the report of the Philippine Institute of Volcanology and Seismology (Phivolcs) in February wherein about five to six faults are located in the city prompted Davao City Mayor Sara Duterte to order them to pilot the first shakeout drill in the entire city.

“(There will be) no pilot areas because Mayor Sara Duterte wants it to be the whole Davao City in anticipation for a major earthquake. The whole city is the pilot area,” Ancajas said.

Ancajas urged the public that everyone should be prepared and should learn how to respond during calamities. He said that the public should not be too dependent on the government and the 911.

“We want an end result wherein people will not ask anymore. It will be of unconscious compliance that when sirens alarm, they know where to go especially for earthquakes, there are no advance warnings,” Ancajas said.

“We have to be resilient. Being a disaster-resilient community, on your own you should survive. You should cater to your needs during disasters. 911 cannot do it alone,” he added.

Ancajas also recalled several strong earthquakes that hit Davao Region such as in Governor Generoso, Davao Oriental on April 1924, wherein a magnitude of 8.3 was recorded and in 1989 a 7.2 magnitude was experienced in the province of Compostela Valley.

“It will be messy, it will be a massive scenario. The point is it is better to be messy during the drill but in the actual scenario, in a way, we are prepared and we all learn from the scenario of the drill. This will be an annual event after this. Every year we will escalate the scenarios until we are near-perfect,” he said.

For the phase two of the drill, people in coastal areas will be on “mass ​e​xodus” wherein people should evacuate and move to a higher ground.

Ancajas said that during the drill people may walk at least ten percent of the intended route of which it should be at least four to five stories high.

“For the drill purposes, they are required to at least take only ten percent of the route. We also instructed them to prepare umbrellas and water since the drill will start at nine in the morning,” Ancajas said.

Ancajas said that remote-triggered tsunami sirens will be placed in different parts of the city such as City Hall Annex, Matina Aplaya​ and ​Jerome in Agdao.(davaotoday.com)