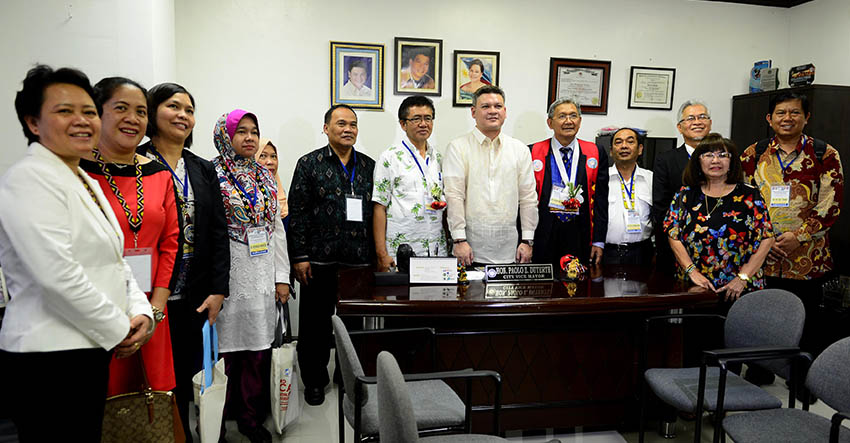 Members of the Association of Southeast Asian Nations, who are in the city for a 3-day Asean environmental forum pay a courtesy visit to Davao City Vice Mayor Paolo Duterte Tuesday, August 30. (City Information Office)

DAVAO CITY – Delegates from Japan, Malaysia and Singapore are here in the city for an environmental forum on August 31 to September 2.

City Environment and Natural Resources Office chief, Eliza Madrazo said the forum dubbed, National Forum for Eco-schools and Eco-cities: Overcoming Challenges and Upscaling Opportunities will be attended by delegates from Japan and the Asean countries, including the Philippines.  The event will be held at the Grand Men Seng Hote.

“We will highlight the best practices of the city, particularly on our efforts to preserve the environment and keep the city environment-friendly,” Madrazo as she noted the 2014 Environmentally Sustainable Cities Award received by Davao City.

The city was among the recipient of the 2nd ASEAN Certificates of Recognition in 2014 for the Clean Land for Big Cities category.

Built on a 3.8-hectare property, the landfill is in compliance with Republic Act 9003 or the Ecological Solid Waste Management Act of 2000, and operates on the principle of waste segregation starting from the homes on the site. (davaotoday.com)