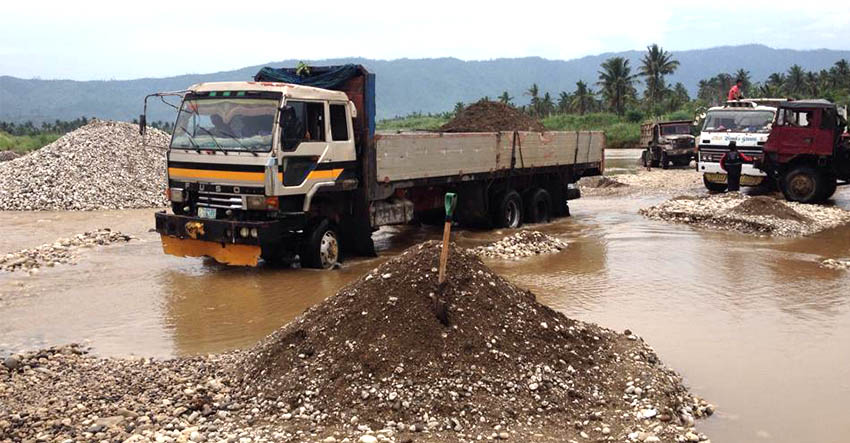 DAVAO CITY, Philippines – The city government’s formation of a task group to monitor quarry operations in the city is long overdue, says an environment group which has raised concern on 80 quarrying sites in the city.

Last August 25, the City Government of Davao signed Executive Order 48 which created the inter-agency task group (IATG) that will monitor, regulate, formulate measures and permits and report violations on quarry operations in the city.

The Interfacing Development Interventions for Sustainability (IDIS), which is the lone non-government organization included in this task group, said environmental concerns on quarrying is “a long overdue case” that the city government needs to address.

“Since 2018, IDIS, as a member of the Local Zoning Review Committee, has been opposing the approval of all quarry operations in Davao City for the main reasons that there is no clear monitoring system being implemented to ensure that quarry operators are only extracting the allowable volume of sand, gravel, and other non-metallic resources stipulated in their permit and there are no clear rehabilitation
actions done on areas being quarried,” said Chinkie Golle, executive director of IDIS.

Their findings showed that the environmental conditions with quarry operations have resulted in a “moderate/high level of damage and increased riverbank communities’ risks and vulnerability to disasters”.

It also reported violations in the existing environmental laws of the city under a lenient approval of a permit to operators to extract resources near the conservation
areas.

The social effects of quarrying include noise pollution and dust pollution that affected schools near the operation sites, as they note that roads in the villages were dusty, rough and made unsafe.

IDIS cited the city’s “low frequency of field visits” to actual operations contributed to the state of pollution in communities. Agencies tasked to monitor the operations cite “distance and accessibility of the quarry sites” as factors, their report said.

Golle said they will use their position in the task group to register their opposition against the approval of quarry operations and lobby for a better system to monitor the operations.

“We will also lobby for a more comprehensive and systematized approval, implementation, and monitoring of non-metallic mining in the city. We also expect environmental violators to be penalized and lastly, we will also check if quarrying really contributes to the local economic development and not just contributes to further environmental degradation,” she said.

The IATG will be composed of the City Environment and Natural Resources Office (CENRO) as the chairperson and secretariat of the task group, Mines and Geo-Sciences Bureau (MGB)-XI as vice-chairperson, and the head/representatives of the City Engineer’s Office (CEO), City Planning and Development Office (CPDO)-Zoning Division, City Treasurer’s Office (CTO), Department of Environment and Natural Resources Office (DENR), Mindanao Association of Mining Engineers, Society of Filipino Foresters, Inc. (SFFI) and IDIS.

Meanwhile, the City Council’s Committee on Environment welcomed the creation of the IATG as the committee chair Councilor Diosdado Angelo Mahipus Jr. said the city government has heard of unverified reports of illegal quarry operations in the city.

“I know that the executive branch is serious in addressing this concern. Even before this E.O., the mayor already added personnel assigned to CENRO specifically to check and inspect the city’s quarry operations. I am happy that with this new E.O., there will be scrutiny of the quarry operations in the city and a periodic report will be given to the mayor. These proactive actions of the city are all beneficial to our goal in protecting the environment,” Mahipus said. (davaotoday.com)