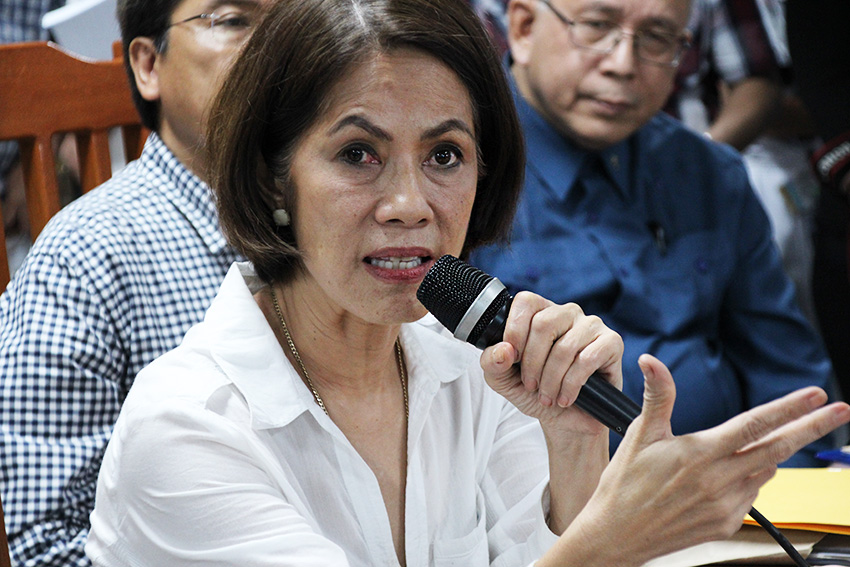 “Today, we are suspending Claver Minerals,” Lopez said in a press conference on Thursday, August 4 at the Ateneo De Davao University where she attended the Mindanao Environment Summit.

In its website, the company said it is a “responsible mining company that set and uphold the highest ethical standards and business practices, focusing towards local community development and maintaining environmental and ecological balance.”

But Lopez described the mining company as “really bad.”

She said the audit is “not just technical”.

“The audit is also social, kung may komunidad na nagdudusa diyan, hindi pwede yan. Kung nagkakasakit sila hindi pwede yan (If there is a community suffering, that’s prohibited. If the community is getting sick, that will also be prohibited),” she said.

Lopez added that they are testing the water and the agriculture in the community and if the mining firms fail, it means “they’re not following the law.”

Engr. Leo Jasareno, the former head of the Mines and Geosciences Bureau and who now heads the current mining audit team of the DENR, said the audit “will be the basis for final judgement, if we allow or not the (mining) operations.”

“We will wait for the audit. It’s a comprehensive study that would finally give us an informed decision on how to decide on the mines,” he said.

Meanwhile, as her “personal commitment”, Lopez said mining firms that will not pass the audit will  be immediately prohibited to operate.

“This is my personal commitment, all those that don’t pass the audit, I won’t even wait one hour. It’s finished, it’s over. For me justice delayed is justice denied,” she said.

Lopez said they will finish the audit of the mines in Mindanao by next week.

The DENR will also evaluate the Environmental Compliance Certificate given to mining firms.

“Is it okay to give them the ECCs? We’re going to evaluate everything,” she said. (davaotoday.com)