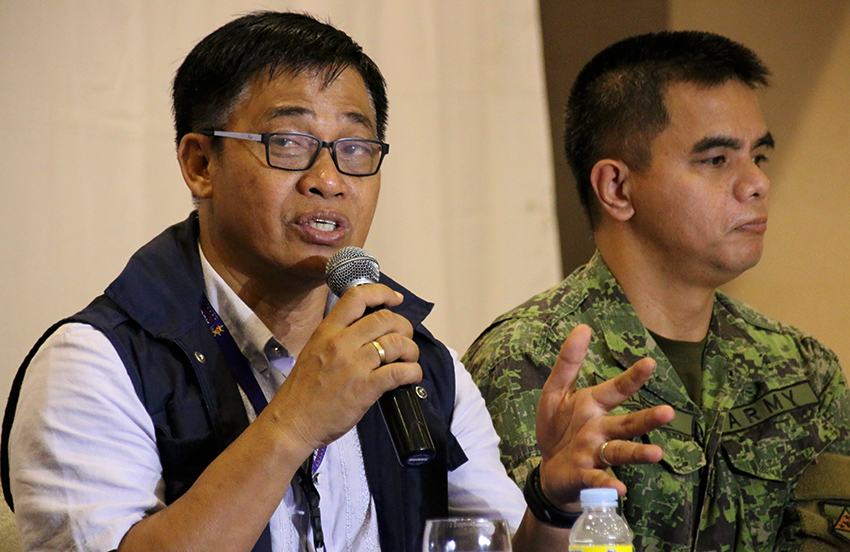 READY. Office of Civil Defense-11 Director Ret. Gen. Leoncio Cirunay (left) says all is set for the participation of Davao City to the national earthquake drill on June 29. He is joined by Major Ezra Balagtey (right), chief of information of Eastern Mindanao Command, during the press conference on Wednesday, June 28. (Alex D. Lopez/davaotoday.com)

DAVAO CITY, Philippines – The nationwide earthquake drill that will take place at 2 PM on Thursday, June 29 will test the readiness of the city government of Davao and its residents if the city is hit by a tremor with a magnitude of 7.1.

In a press conference on Wednesday, Ret. Gen. Leoncio Cirunay, director of the Office of Civil Defense in Region 11 told reporters that all is set for tomorrow’s participation of Davao City to the national drill.

“We have gone through three weeks of preparation for the event. We are ready,” Cirunay said, emphasizing that the drill will also test the readiness of the local residents and the preparedness of the city government, particularly its responders.

Various line agencies of the government were already coordinated for the national drill, particularly those that will demonstrate their capabilities when a magnitude 7.1 tremor strikes.

A siren will sound at 2 PM that will signal the start of the drill, Cirunay added.

All major activities during the drill will be done in Bolton Street, he said.

“Earthquake is different from other natural calamities. It hits communities without warning,” said Director Vicente Tomazar, a consultant from the national office of OCD.

Tomazar, together with Director Susan Juangco of OCD’s capacity building and training services, will evaluate the whole conduct of the drill here.

He said other evaluators during the drill will be dispatched in various areas of the city, particularly in government buildings, terminals, malls, schools and other commercial centers. 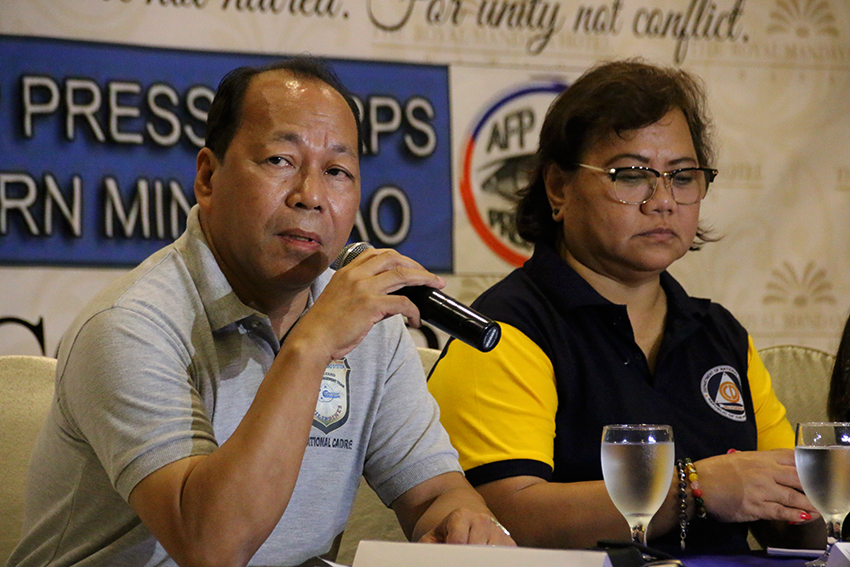 EVALUATION. Office of Civil Defense directors Vicente Tomazar (left) and Susan Juangco (right) will evaluate the response capability, contingency plans of Davao City during the national earthquake drill that will be staged at 2 pm in Bolton Street on June 29. (Alex D. Lopez/davaotoday.com)

Aside from the testing of the contingency plan of the city government, the drill will also test if such plans are applicable to various situations in time when an earthquake with a magnitude of 7.1 hits the city, Juangco said.

The drill will also assess the capacity of families to respond and survive during said calamitous situation, she added.

Cirunay also encouraged every family in the Davao City to learn the basics of first aid.

“In a 7.1 magnitude quake, it is possible that hospitals could no longer be accessed due to damaged roads and responders will also be affected. It is better that in each family, one or two members must have the knowledge on the applications of first aid,” he said.

Meanwhile, in the same press conference, Major Ezra Balagtey, chief of information of the Eastern Mindanao Command of the Armed Forces of the Philippines said they will also participate in the nationwide earthquake drill.

The AFP’s role during calamities is on search, rescue and retrieval operations, Balagtey said.

Securing communication facilities is also one of the priorities of the AFP during calamities, he added. (davaotoday.com)