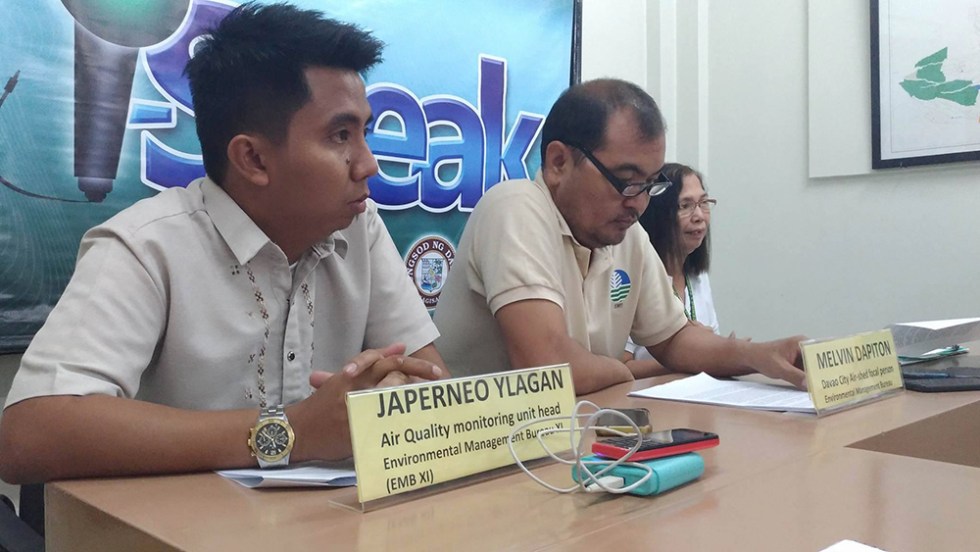 DAVAO CITY, Philippines — The Environmental Management Bureau in Region 11 said Dabawenyos are still breathing “good and fair” air based on the monitoring of the agency.

Japerneo Ylagan, head of the Air Quality Monitoring Unit of the EMB 11 said Thursday, November 2, that the city’s air quality ranges from 40 to 80 microgram of pollutant per cubic meter.

Ylagan said the normal range is around 150 microgram per normal cubic meter.

“Exceeding 150 will result to unhealthy air,” he said at a press conference here.

Ylagan said the air quality is regularly monitored through the six monitoring stations put up around the city.

But the Interface for Development Interventions hopes the government could do more to provide a comprehensive report on the city’s air quality.

In a phone interview with Davao Today on Thursday, Chinkie Golle, executive director of IDIS who sits as a member of the Davao City Airshed Governing Board, said the monitoring stations in the city are “not enough given the massive development in Davao City.”

“Eventually, as the population and the industries here grow, we need to have additional monitoring stations to give comprehensive data,” Golle said.

Golle also said the data still lacks because the use of chemicals sprayed in agricultural lands here are not included in the parameters.

But Engineer Melvin Dapitanon, Davao City Airshed focal person under the EMB 11, said the six monitoring stations in Davao City is “enough” based on the city’s population.

He also said that the inclusion of the agri-chemicals in the parameters should need “a separate study.”

Dapitanon added that they would conduct a study on air dispersion modelling in Davao City by next year to determine where air pollution is highest in the city. (davaotoday.com)