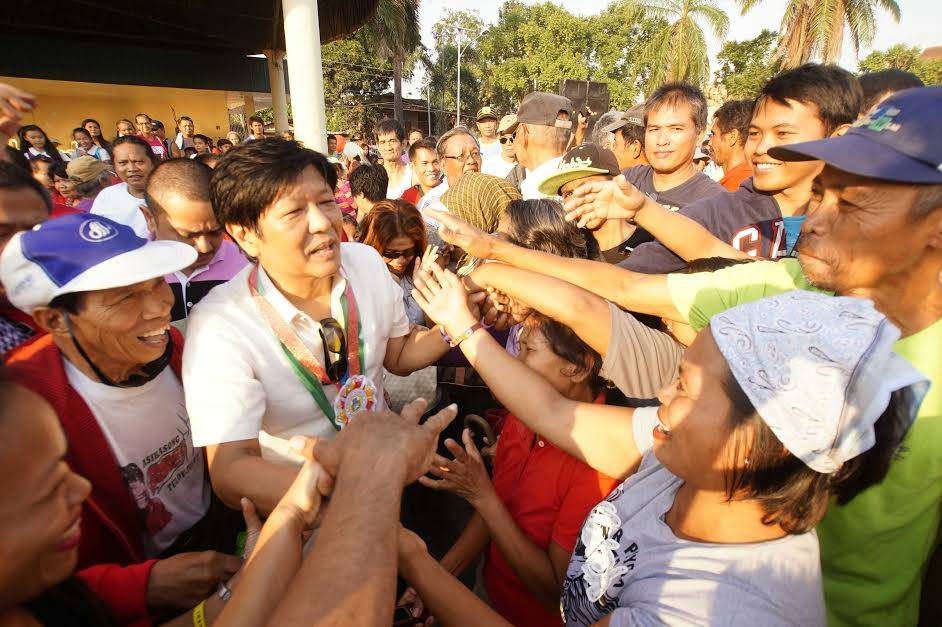 DAVAO CITY—At least 19 environment groups in the country ganged up on the vice presidential bid of Senator Ferdinand “Bongbong” Marcos Jr., the namesake of the late dictator Ferdinand Marcos.

“We, environmental advocates and organizations, unite against the return of the Marcoses to Malacañang.  We are campaigning against the bid of Senator Bongbong Marcos to be the vice president in the coming May 2016 election,” the groups said in a unity statement on Wednesday, April 20.

Environmental advocates claimed that Marcos was “harbouring applications and ongoing operations of illegal and destructive magnetite mining operations in the Ilocos region.” The groups also​ linked him to Jose Singson Jr. who they believed to have unscrupulous environmental records.

They claimed that Singson had funded Marcos’ campaign back in 2010 when the former was gunning for a seat in the Senate.

“His relatives, the Romualdezes, are one of the biggest large-scale mining elites in the country.  Sen. Marcos has promised to give more incentives to corporate mining once he takes on the vice presidency,” the group said.

The groups pointed out that Marcos’ personal fund was believed to be sourced from their alleged $10-billion ill-gotten wealth. They also said that some funds were likely sourced from “the various destructive mining and other extractive projects during the dictatorship.”

“Thus, the growing consensus across the Philippine environmental movement is that the unrepentant environmental criminals that are the Marcos dynasty should never again be allowed to return to power,” the country’s environment advocates said.

The groups feared that once Marcos will be installed into power “environmental crimes committed during the dictatorship are bound to happen again”.

“Until now, Bongbong and the rest of the Marcoses have refused to admit or show remorse over their sins and crimes in the past.”

According to them, the late dictator Ferdinand Marcos had implemented policies and projects which brought massive environmental pollution and destruction.

For instance, the Revised Forestry Code of the Philippines  has led to massive deforestation and commodification of the country’s forest resources.  In fact, from 1965 to 1986, seven million hectares of our forests were lost because of Marcos’ timber licensing agreements.

“Despite strong opposition from communities, the Marcos government constructed the first dirty coal power plant in 1983, the Calaca Coal-Fired Plant in Batangas. Up to the present, locals continue to bear the brunt of the displacement and pollution caused by the power plant.”

The groups also branded the Nuclear Power Plant (BNPP), the Chico River Dam Project in Kalinga, and the Kaliwa-Kanan Dam in Rizal as “corrupt-laden and extremely hazardous projects” during Marcos’ regime.

“These attempts were derailed because of the strong people’s resistance. Environmental heroes and martyrs like Kalinga chieftain Macliing Dulag and Calaca fisherfolk leader Erning Castillano sacrificed their lives in the struggles against these destructive projects.” (davaotoday.com)