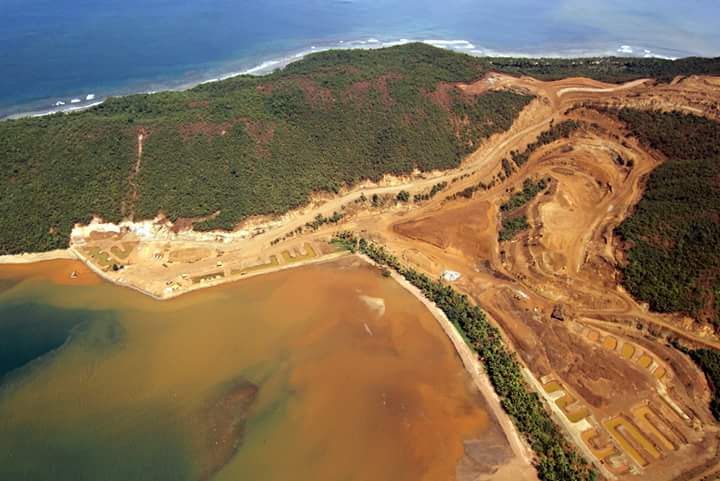 DAVAO DEL NORTE, Philippines—The plan of Environment Secretary Roy Cimatu to revoke the landmark ban on open pit mining in the country is a confirmation that President Rodrigo Duterte, himself, is an oligarch, an environment group said.

The Kalikasan People’s Network for the Environment in a statement on Wednesday, October 25, criticized Cimatu after the Mining Industry Coordinating Council (MICC) recommended and eventually, approved by Cimatu the revocation of ban on open pit mining.

Cimatu earned the ire of the environment group because of his “actual subservience to mining oligarchs by repudiating the open pit mining ban.”

“Despite all the bluster and hot air about holding large-scale mines accountable, Duterte turns out to be nothing but a stool-mouthed stool pigeon of mining oligarchs,” said Clemente Bautista, national coordinator of Kalikasan PNE.

The environment group recalled that the prohibition of open pit mining was Duterte’s expression to obtain social justice in context of Mining Act of 1995. The law was also scored out by the group as it promotes impunity of land grabs, plunder and pollution, among others.

To articulate the group’s argument, it raised the case of the Rapu-Rapu Polymetallic Mine in Albay where it debunked the argument that only pre-Mining Act open pit mines are abandoned.

But in 2015, an environmental investigation mission by scientist group AGHAM revealed that the Rapu-Rapu mine was left unrehabilitated even with its South Korean owner KORES spending all of its P158-million Mining Rehabilitation Fund.
This prompted the group to register its opposition on the revocation of the ban on open-pit mining.

“As we speak, various frontline communities in the country are struggling against open-pit mine projects to avert risks of mine disasters and to take back the lands and forests in which their villages thrived,” it added. (davaotoday.com)