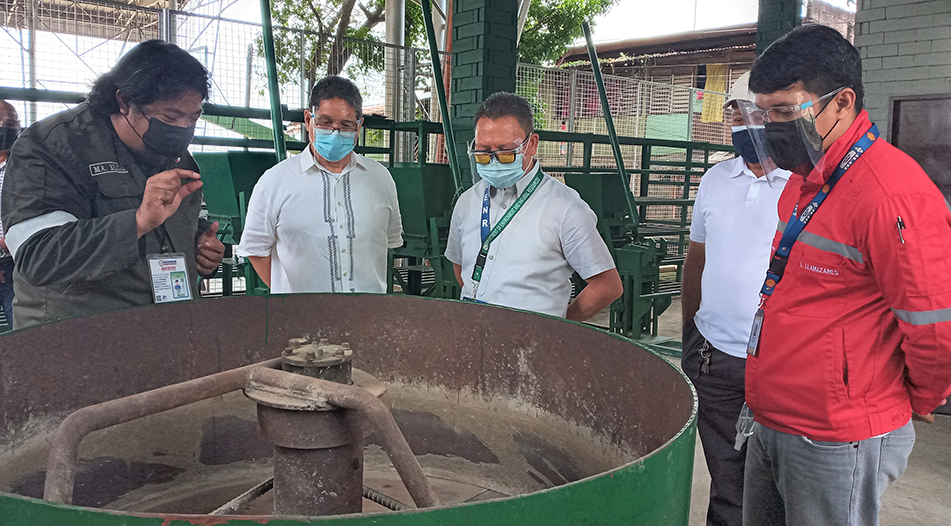 CAGAYAN DE ORO CITY – As the volume of garbage continue to mount and threaten the global ecosystem, turning discarded materials such as plastics into something useful has been one of the advocacies of environmentalists and zero-waste management proponents.

With the country being on top of the list of plastic polluters all over the world, groups and individuals have come up with innovative solutions to reduce plastic wastes that clog up water ways ending up in the oceans harming the diverse marine life.

One of these innovations is the conversion of plastic wastes into concrete bricks initiated by private group Green Antz Builders Inc., which has partnered with a fuel company in putting up an eco-brick hub in Barangay Macabalan here.

The project spearheaded by Pilipinas Shell Foundation will benefit members of the Macajalar Wharf Porter Association Federation of Multipurpose Cooperative and residents of Macabalan.

Leland George Llamazares, terminal operations manager of the Pilipinas Shell Northern Mindanao import facility in Cagayan de Oro, said the eco-brick hub, which costs almost P4 million, including the 33 solar panels that power the manufacturing site, aims at minimizing plastic wastes, specifically in Macabalan and nearby communities while providing livelihood to the people at the same time.

“Hopefully, in the next months to come, we’ll see more progress for this project,” Llamazares said during the hub’s soft launching held recently.

In an interview on May 29, Jordan Apat, of Green Antz, said the hub can make 40 pieces of eco-bricks with two kilos of segregated plastics mixed with a sack of cement using simple machines such as shredders and molders in 30 to 40 minutes.

“For 20 tons of plastic, we can produce eco-bricks for one hectare,” Apat said, adding that the bricks can be used either as concrete blocks for structures or installed as pavers.

Aside from providing the technology, Apat said Green Antz will also train the workers on operating the machines and the process of brick-making.

“We will train them this June. After that, they can already operate,” he added.

As partner organization, the porters’ association will provide the manpower in the eco-brick production, said Villaruel Jumawid Jr., the cooperative’s chairperson.

“Our counterpart is the workforce. We are committed, we will manage this properly. Our operation will be transparent,” Jumawid said.

For his part, Norbel Saa, Macabalan barangay chairperson, said he will ask the council to approve his proposal to give incentive to residents who can turn in their plastic garbage to the eco-brick hub.

“They must not throw their garbage, but to give it to us. I will request the barangay council to allow me to give, for instance, five kilos of rice for every five kilos of plastic garbage they can turn in,” Saa said.

He said the eco-brick hub will help in the reduction of wastes while the residents can get something from garbage.

Taking cue from Saa’s proposal, Apat said they could also do the same arrangement by giving a piece of eco-brick to residents in exchange for, say, five kilos of plastic wastes.

Reynaldo Digamo, Environmental Management Bureau-10 (EMB-10) regional director, said one of their areas of concern is on plastic pollution and initiatives such as the eco-brick hub could help address that issue.

“Plastic pollution is one of the biggest problems the country is facing right now. We are finding ways to solve it. This [project] which can turn plastic waste into a resource is very beneficial,” he said.

To replicate this initiative, Digamo said he is urging companies to go into programs like what Pilipinas Shell Foundation has done to help the environment and provide additional income to the people.

He said the EMB’s role is to encourage and motivate entities to initiate projects that will actually benefit the communities as he hopes that the beneficiaries of the Macabalan eco-brick hub will use the facility to the fullest.

“The millions of pesos invested will just go to waste if this project is not being used properly,” Digamo added.