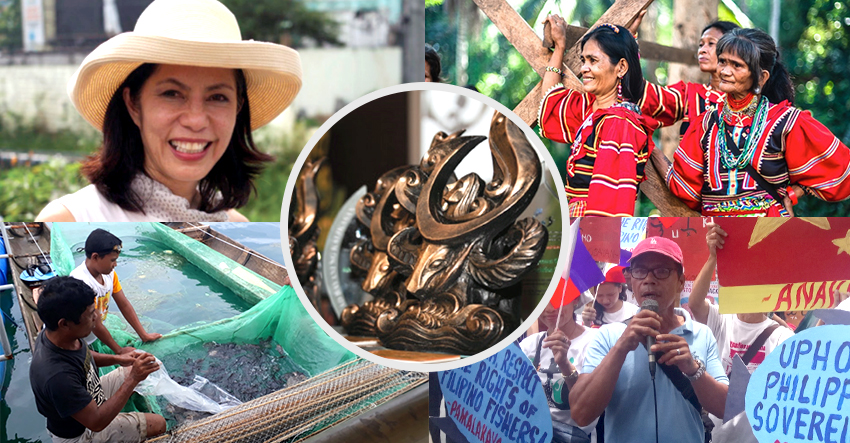 DAVAO CITY, Philippines – The late former environment secretary Gina Lopez and a Lumad women organization are among the awardees of the 6th Gawad Bayani ng Kalikasan (GBK) (Environmental Heroes Awards) given out by environment groups on Monday, September 28.

Lopez was given the posthumous “Most Distinguished Award” for her advocacy of protecting watersheds and cracking down on destructive large-scale mining operations in the country.

Lopez channeled her advocacy as chairperson of ABS-CBN Foundation and later as President Rodrigo Duterte’s first environment secretary from June 2016 to May 2017.

During her stint, she ordered the closure or suspension of several large-scale mining operations due to reported environment violations. Her stance had clashed with some Congressmen with links to mining companies, leading to her rejection by the House of Representatives Committee on Appointments.

Lopez died on August 19, 2019 from multiple organ failure due to cancer.

Joining Lopez for the same posthumous award is the late Engineer Roberto Verzola, who is recognized for championing clean energy and other sustainable technologies. He was 67.

“The noble legacies of our most distinguished awardees are facing reversals from the current policy regime aggressively pursuing big mining and nuclear energy. We remember the heroism of Lopez and Verzola as a constant reminder to remain steadfast against these destructive policies,” said Leon Dulce, national coordinator of 6th GBK cooperating organization Kalikasan People’s Network for the Environment. 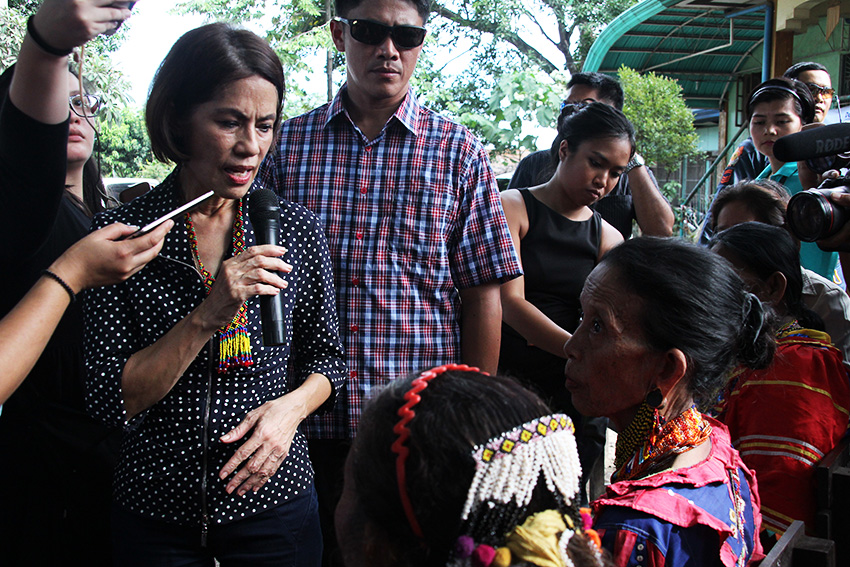 In this file photo, former Environment and Natural Resources Secretary Gina Lopez talked with Sabokahan Lumad women during her visit at the United Church of Christ in the Philippines Haran compound in Davao City last August 5, 2016. (davaotoday.com file photo by Paulo C. Rizal)

The Sabokahan, founded in 2003 by Bai Bibyaon Ligkayan Bigkay and other Lumad women, was recognized for its help in “empowering the Lumad communities for their overall struggle for the right to education, health, self-determination, their ancestral lands and a healthy environment” against the threat of militarization and mining. As a Lumad women’s organization, the GBK also noted that the Sabokahan also “push for the respect to the right and capacity of Lumad women and LGBTQ in the Lumad struggle.”

Environmental lawyer Robert Chan who led the confiscation of over a thousand chainsaws and other illegal destructive equipment from timber poachers in Palawan;

PAMALAKAYA leader Alberto Roldan, who campaigned for the protection of fisherfolks and mangroves destroyed by Chinese marine vessels encroaching in the West Philippine Sea;

Cristeta Sison, a community organizer who united communities to barricade the large-scale mines in Zambales in 2016;

“The legendary Gina Lopez together with the rest of the 6th GBK awardees have contributed to protecting more than three million hectares of mountain ranges, watershed forests, and marine biodiversity corridors across the country,” said Lia Torres, executive director of the Center for Environmental Concerns – Philippines, the lead organizer of GBK.

“From the protected landscapes of Palawan, to the Pantaron Mountain Range, down to the West Philippine Sea, the lasting contributions of GBK awardees are holding the line for people and planet despite facing challenges and reprisals,” she added.

“Hope lies in these individuals and organizations who protected and rehabilitated ecosystems on the ground as the country faces vulnerabilities from climate change impacts such as extreme weather events, biodiversity decline, and public health risks, including the current COVID-19 pandemic,” Torres said. (davaotoday.com)