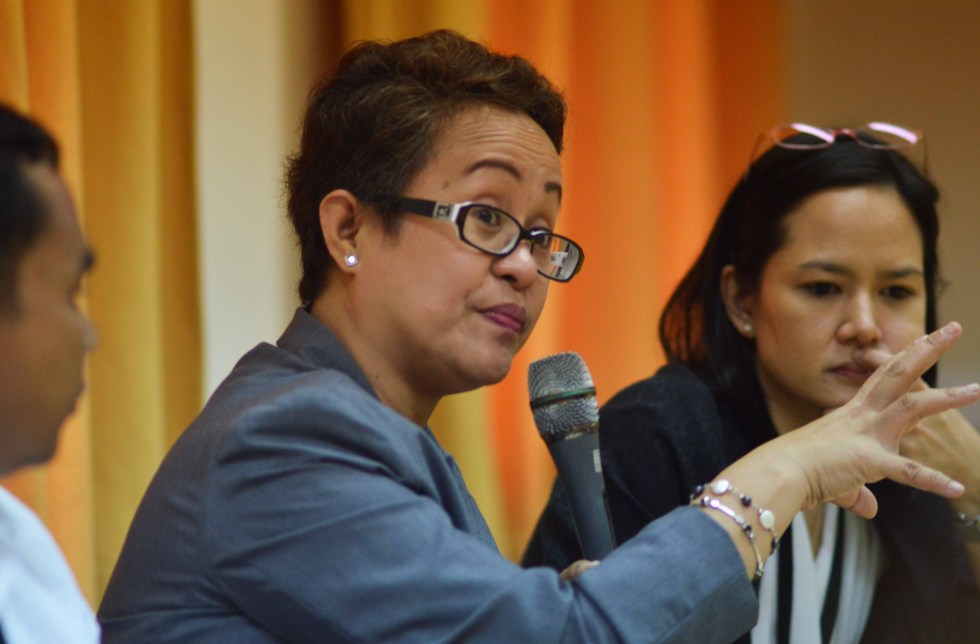 Starjoan Villanueva of the Philippine Extractive Industry Transparency Initiative (PH-EITI) announces its third nationwide transparency movement in the Philippines. The campaign starts this August until September with 600 expected participants from 13 regions across the country. (Medel V. Hernani/davaotoday.com)

Starjoan Villanueva of PH-EITI said that the agency has observed that these foreign mining companies “are enjoying the income tax holidays, because they know that it’s a part of the social marketing of the national government to attract more foreign investment.”

Villanueva said her group found out that “even if there is already a lower demand and decrease in price on minerals and other natural resources, still we can see that they have big income in their extraction.”

Villanueva also added that even if these companies give a larger amount of money to the government “still, if we calculate it,  whatever they give to the government, the money will still go back to them through the income tax holiday.”

“The mining companies should not be given income tax holidays because they get big money already,” she said.

The PH-EITI was formed by the administration of former Pres. Benigno Aquino III to increase transparency in mining reporting and operation in the country.

Villanueva said that hopefully, income tax holidays will be pulled out from the incentives offered by the local government units (LGU’s) here.

As of now, Villanueva said that they didn’t tap yet the LGU’s since “there is an increase of LGU’s share.”

Based on the group’s report, Villanueva said that mining only has a minimal contribution on the Gross Domestic Product (GDP) with only 0.42 percent in terms of government revenues.

“It was not inclusive, we all know that there is a big income in extracting mines but there no trickle down effect happened,” she said.

Villanueva said that in Mindanao, Caraga region top among the LGUs in terms of revenues that come from extractive mining.

“The industry is using Caraga region as an example to other provinces by making mining as the reason why the region is not one of the top ten poorest provinces anymore,” she said.

When it comes to employment, Villanueva said that mining contributed 0.06 percent only on the employment rate in the Philippines.

“We believe in our context, mining created a lot of informal employment in the mining operations and auxiliary services like for example eateries, karaoke bars. So these things, they are not factored in as official employment figures,” she said.

According to the Philippine Economic Zone Authority (PEZA) website, manufacturing enterprise like mining is 100 percent exempted from corporate income tax.

PEZA stated that to extend income tax holiday (ITH), the company should have “average net foreign exchange earnings of the project for the first three years of operations is at least US$500,000.00,

The capital equipment to labor ratio of the project does not exceed US$10,000.00 to 1 for the year immediately preceding the ITH extension year being applied for, and the average cost of indigenous raw materials used in the manufacture of the registered product is at least fifty percent of the total cost of raw materials for the preceding years prior to the ITH extension year.” (davaotoday.com)