DAVAO CITY, Philippines – A total of seven persons died and 4,536 persons are currently staying in 28 evacuation centers in Northern Mindanao and parts of Eastern Visayas after a low-pressure area and a tail end of a cold front brought heavy rains on Monday. 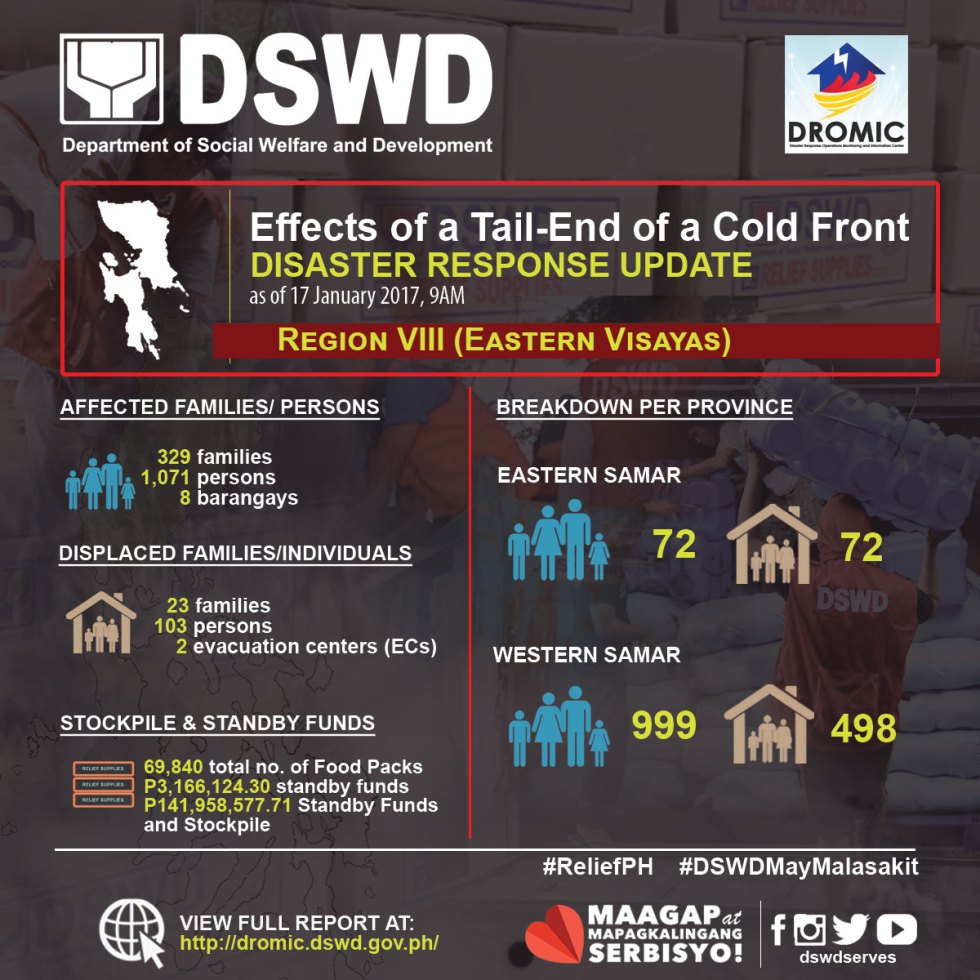 According to a report by the Department of Social Welfare and Development as of 9 AM on Tuesday, a total of 5,412 persons were affected across the two regions, with the province of Misamis Oriental bearing the brunt of the flood with 2,731 individuals displaced in Northern Mindanao and the province of Western Samar with 998 for Eastern Visayas.

One of the hardest hit was Cagayan De Oro City, the region center of Northern Mindanao, which was declared under a state of calamity on Tuesday. There have been a reported number of seven deaths in CDO and other cities in Misamis Oriental. 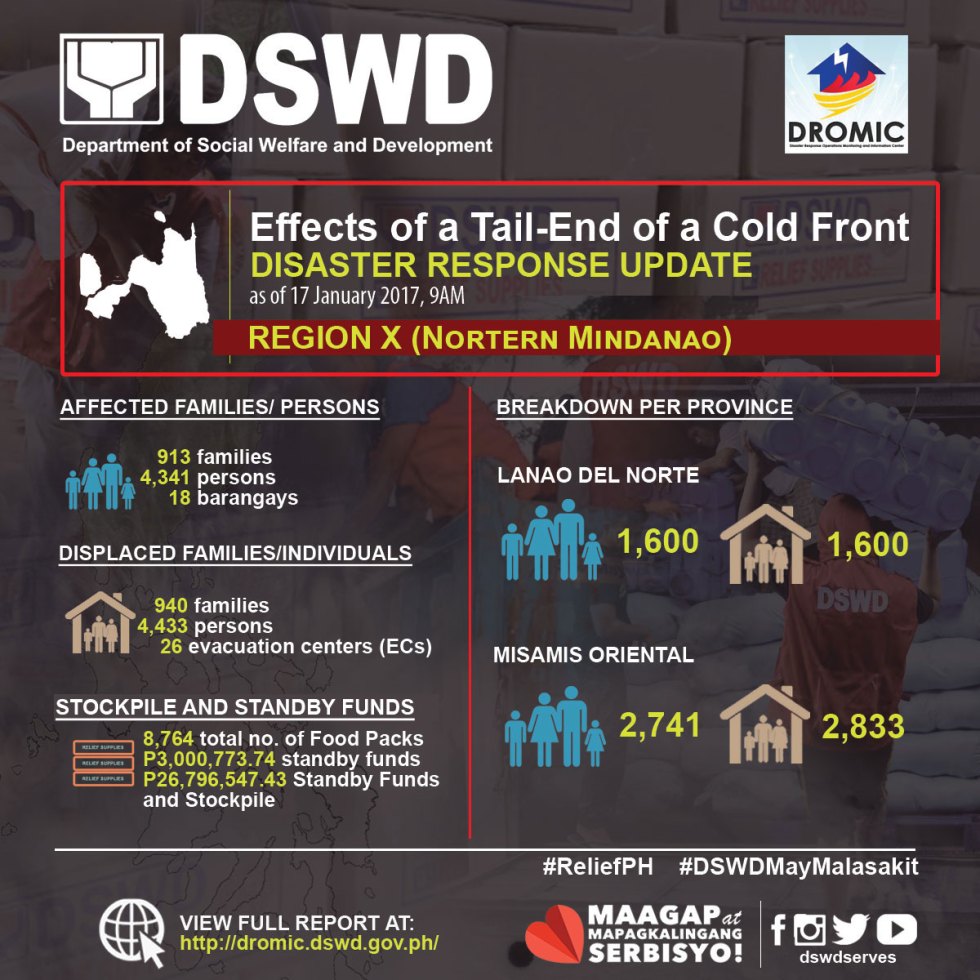 In response, DSWD secretary Judy Taguiwalo in an official statement said that the DSWD national office is ready to respond and release more assistance if the need arises. Taguiwalo however, said that the regional offices are already in close coordination with the local government units.

For their part, the Army’s Eastern Mindanao Command based in Davao City said they have already directed their forces in Northern Mindanao to help in post-disaster activities in areas submerged by the flooding.

“AFP units were also told to assist the Philippine National Police in maintaining order while the affected communities are on the process of recovery,” said Eastmincom spokesperson Maj. Ezra Balagtey in a statement.

Philippine Atmospheric Geophysical and Astronomical Services Administration’s weather forecast for Mindanao predicted “moderate to occasionally heavy rains and thunderstorms” which may result into landslides in CARAGA. The rest of Mindanao will experience cloudy skies with light to moderate rains and isolated thunderstorms with flooding still “possible in some areas.” (davaotoday.com)