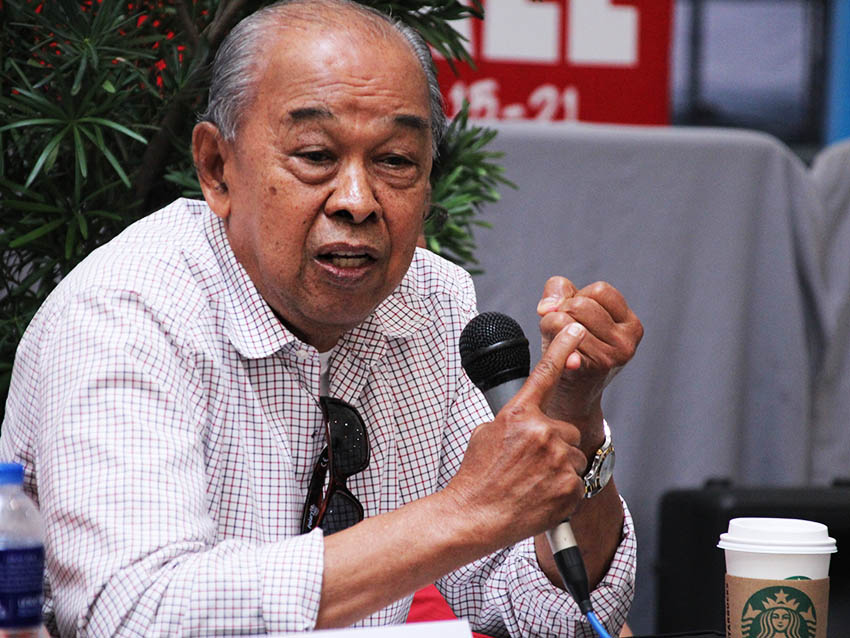 Engr. Alexis F. Balicod of the Mindanao Association of Mining Engineers (MAEM) Inc. says that they should have been invited at the Mindanao environment summit recently held at the Ateneo de Davao University on Friday, August 5, so that they could show that “the big scale miners are the responsible miners.” (Paulo C. Rizal/davaotoday.com)

DAVAO CITY — As the Department of Environment and Natural Resources is still busy evaluating the mining companies in the Philippines, pro-mining groups insisted that the Mindanao mining companies abide and do responsible mining and they are open for talks with DENR.

Engr. Alexis F. Baligod of the Mindanao Association of Mining Engineers (MAEM) Inc. said that the government should properly inform the public about mining “and the right way of doing things that we have to value in mining of which some of our government officials, do not respect.”

“They should have the willingness to listen to the order which might be significant to the people,” he said.

Baligod said they were expecting that they will also be invited in the event.

“We are expecting that, we as a technical man of mining should have been also invited but we were not invited. We want to show to them that big scale mining is a responsible mining,” Baligod said.

Jonathan Banez of the Nationwide Development Corporation (Nadecor), added that based on the State of the Nation Address (Sona) of President Rodrigo Duterte “he did not stop mining, but asked companies to conform to responsible mining”.

Baligod said they hope the DENR will be fair in reviewing the mining permits of companies “They should not have any bias because remember there are other groups who don’t like mining,” he said.

Banez said that he also agreed that mining companies that do not follow the rules “should be stopped.”

He also said he favored reviewing the Philippine Mining Act of 1995 if the AdDU president think that the law is “just a fraud.”

“It’s hard to tell him that he is wrong but I would agree on the review (Mining Act of 1995) to see if there is a problem because what we want is really responsible operation of mine,” he said.

Banez disagreed however, that mining is the “reason of poverty” in the area since the problem is the taxes being directly given to the national office.

“They would ask why the community did not get anything from mining, it’s because the money will go directly to national treasury and when it gets back to the local, it’s gone already,” he said.

Banez suggest ed that 70 percent of the tax from the mining companies “should be given to the local government units so that they will feel that their money came from their national wealth.” (davaotoday.com)