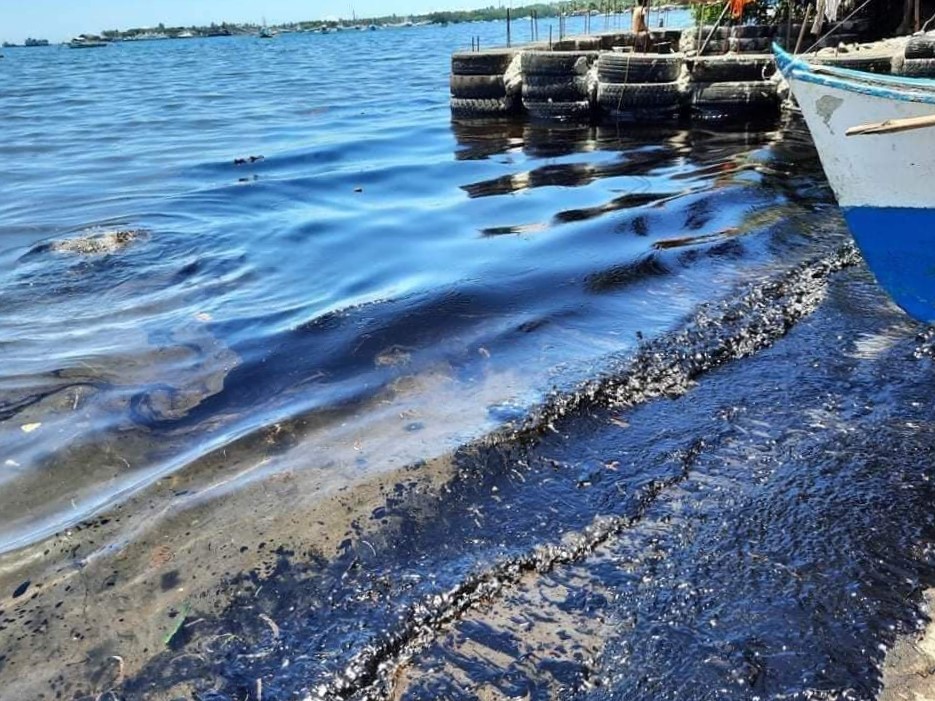 According to the Philippine Coast Guard (PCG), the sinking occurred early Saturday morning, although it was already reported there was a hull breach causing the seawater to seep into the vessel.

Petty Officer 2nd Class Ronald Moncayo, acting chief of the PCG’s Marine Environment Protection Force based in Misamis Oriental, said a salvage company had asked permission to “pump out” remaining fluids such as oil inside the boat before scrapping it.

He said the ship was no longer serviceable and sold to a new owner.

“I told them (salvage company) to put spill booms around the vessel [a requirement] before we could allow them to conduct a ‘pump out,’ but it sank before the salvaging company could comply with the requirement,” Moncayo said.

He confirmed the oil discharge during the sinking which could put the owner of the ship liable for violation of Republic Act 9275 or the Clean Water Act for the oil spill.

“This is worse than the previous oil spill incidents we had,” Barangay Lower Jasaan chairman Sabas Tagarda Jr. said in a phone interview on April 4.

Tagarda ordered the residents to refrain from bathing or fishing until the spill is contained.

As of Sunday afternoon, Sabas said they were able to collect about 2,000 liters of a mixture of seawater and oil using sawdust and mosquito net.

To extract the oil from the affected areas, sawdust has been spread out to absorb the oil and then these are collected using mosquito nets.

“It is simple, yet effective. So far, we were able to collect almost half of the oil in my area of responsibility,” said Sabas who is hoping the other village leaders will follow the method.

He said spill booms have been placed around the coast of Lower Jasaan to contain the spill.