One killed, several injured in Mindanao after 3rd quake

DAVAO CITY, Philippines — At least one person was killed, while several others injured and buildings were heavily damaged following the third strong quake that jolted Mindanao this month.

A 6.5 magnitude earthquake struck Tulunan, Cotabato at around 9:11 AM, Thursday (Oct. 31), the same area where the two previous quakes were also felt.

In Makilala town, Brgy. Batasan village chief Cesar Bangot died after he was buried in the rubble of the collapsed barangay hall. 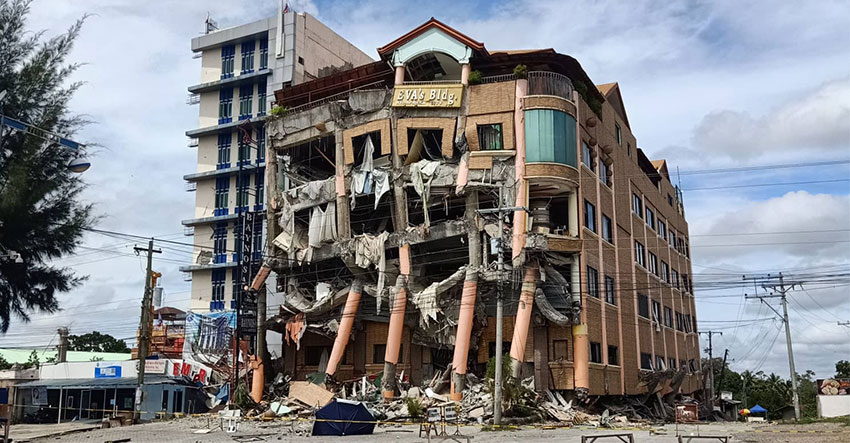 Portions of the five-storey Eva’s Hotel in Kidapawan City collapsed. According to initial reports, no one was trapped inside the hotel.

Meanwhile, both Emcor and Happy Place buildings in Digos City were also damaged, while several people were injured.

In Davao City, at least nine individuals sustained injuries following the collapse of a building of Ecoland 4000 Residences.

As of this writing, authorities are still undergoing rescue operations for other possible casualties.