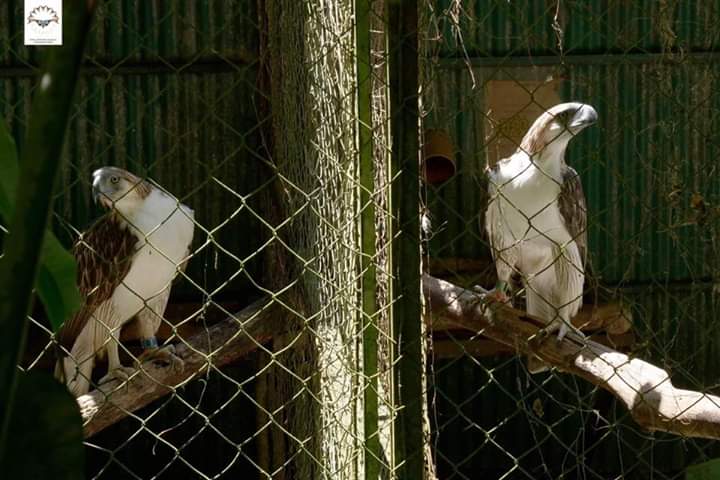 DAVAO CITY, Philippines — A pair of Philippine Eagle will soon land in Singapore for breeding, in a bid to conserve, as well as gather international support to help save the endangered population of the country’s national bird.

The Department of Environment and Natural Resources (DENR) recently signed a Wildlife Loan Agreement with the Wildlife Reserves Singapore (WRS) in a bold move to grow international advocacy and conservation efforts to save the Philippine Eagles.

Philippine Eagle Foundation (PEF) witnessed the signing of the agreement.

“They have a better chance to withstand the stress of the travel from Philippines to Singapore,” PEF Development Program Manager Andi Baldonado said, as he explained to reporters why they chose the two captive bred birds for the program.

“They are also less prone to carrying disease going to Singapore,” she added.

The Jurong Bird Park managed by WRS will house the pair for the next 10 years, Baldonado said.

The two eagles are currently on the process of pairing at the Philippine Eagle Center, in Malagos, Davao City.

“So far, we are happy that both birds are receptive to the process. They are seen often perched near each other. We are hoping that this will progress to becoming a natural pair, “Baldonado said.

The PEF is looking at the possible first ever captive bred natural pair of Philippine Eagle at the Center.

Dr. Jayson Ibañez, PEF Director for Research and Conservation said that the transfer of the two Philippine Eagles would serve as safety net in case the country gets challenged by diseases, most notable the bird flu and on the effects of climate change.

“This is an insurance policy where we’re depositing some sets of our (bird’s) population to reputable institutions in different parts of the world so that our genetic stocks would not be totally wiped out,” Ibañez said.

Keepers of Jurong Bird Park had already trained at the Center on the procedures on the proper taking care of the Philippine Eagle.

If the program would succeed, offspring of the pair would be send back to the Philippines for possible release in the wild, Ibanez added.

Other endemic bird species of the country, including Philippine Cockatoo, and Rufous hornbill have also been under the said program between the Philippine government and WRS.

PEF is now working on the transport of the two Philippine Eagles that is set on June 4. (davaotoday.com)