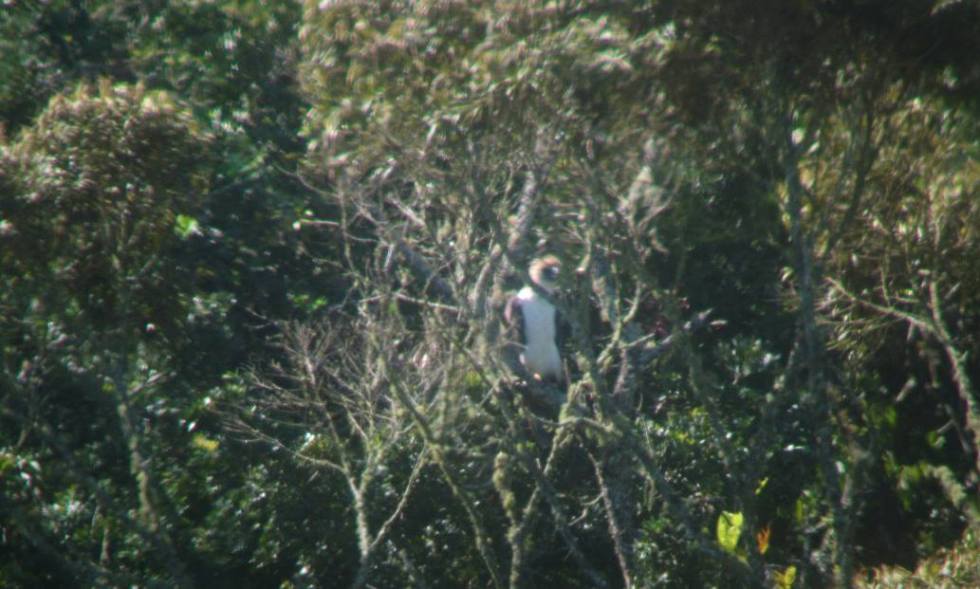 DAVAO CITY, Philippines – The Philippine Eagle Foundation (PEF) has announced on Wednesday it has caught sight of a 10 to 11-month old Philippine Eagle was spotted nesting in the highlands of Bukidnon province.

In a statement, PEF confirmed the discovery of a new nesting site of the young eaglet and its parent in the said province.

The discovery came after a two-week expedition was conducted in the area, the group added.

“We look forward to working with the Talaandig community who has called PEF’s attention to their longtime eagle neighbor,” the statement said.

PEF operates a facility here in Davao for conservation and breeding for the Philippine eagles and other birds of prey.

Dr. Jayson Ibañez, Director of Philippine Eagle Foundation Research and Conservation told Davao Today in an interview that they want to keep the spotted are confidential to the general public so that the Eagles won’t be disrupted while nesting.

Ibañez said the host local government unit (LGU) also deployed forest guards to monitor and protect the areas where the eagle was found.

He also emphasized the role of Indigenous People (IP) communities in the preservation of the forest habitat of the newly-discovered nesting site.

The Philippine Eagle, endemic in the country, is one of the three largest eagles in the work.

The Philippine Eagle, endemic in the country, is one of the three largest eagles in the world.

Unfortunately, it is also among the most critically endangered species. PEF estimates roughly only 400 pairs of Philippine Eagles left in the wild. Philippine eagles lay a single egg for every two years.

Biggest threats to the population of Philippine Eagle are illegal logging and irresponsible use of resources resulting in loss of their forest habitat; shooting and trapping, with at least one Philippine Eagle, killed every year.

The government declared the Philippine Eagle as the National Bird, having laws enacted to protect and preserve their species. (davaotoday.com)