Philippine Serpent Eagle found on a roadside in Talaingod 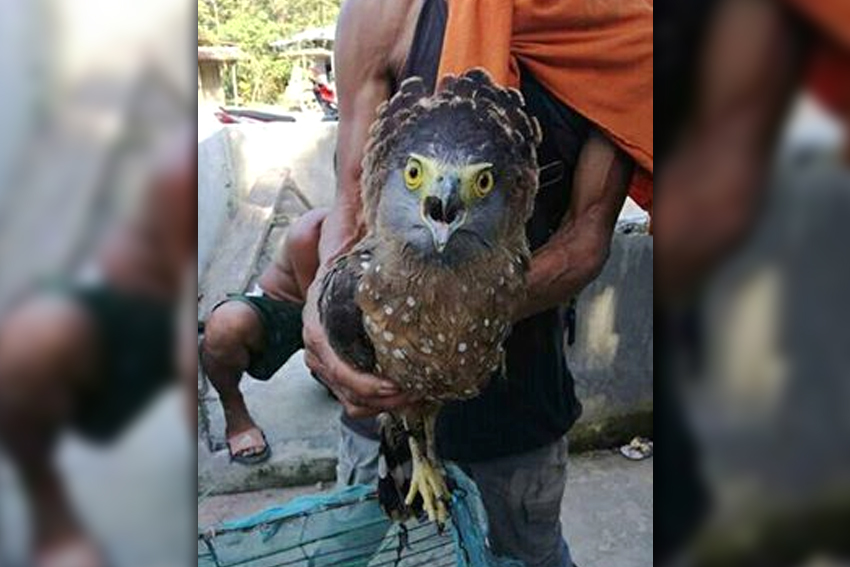 “Nagtrabaho pa sila sa karsada, nag-aspalto ug nakita nila nga naglingkod sa daplin (They were working on a road construction when they saw the bird by the roadside),” she said.

Majaducon said the bird is still in their custody as of press time. She said they will report it to the Department of Environment and Natural Resources (DENR) adding that the bird showed signs of weakness.

Davao Today showed Gomez the photo sent by Majaducon and said the bird is already an adult.

“These birds are really hunted because some see them as pets or as threats to their other animals,” she said.

She said the eagle found by the residents might be sick and should be surrendered immediately to the DENR.

“The DENR will check on the raptor’s health status to determine whether it can be released back into the wild,” she said.

She also reminded locals who find endangered animals to surrender it to authorities to be able to protect the country’s biodiversity.

Under Republic Act 9147 or the Wildlife Resources Conservation and Protection Act, it is unlawful to collect, hunt or possess wildlife. (davaotoday.com)