11 charged for transport of fossilized giant clams in Oro 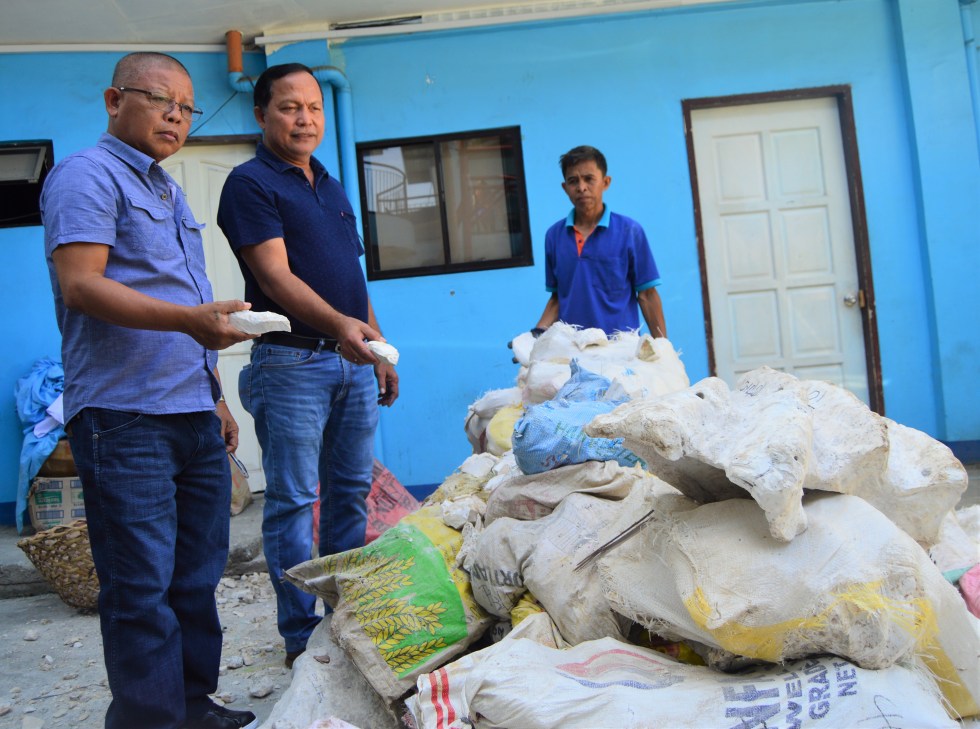 Bureau of Fisheries and Aquatic Resources-10 regional director Allan Poquita (left) holds a piece of a fossilized giant clam confiscated by police in a checkpoint in Barangay Lumbia on Tuesday. The clams, estimated to weigh 8,000 kilos, are said to have a market value of P48 million. With Poquita is BFAR-10 assistant regional director Teodoro Bacolod Jr. (center). (Jigger J. Jerusalem/davaotoday.com)

Section 102 of RA 10654 states, “It shall be unlawful to fish or take, catch, gather, sell, purchase, possess, transport, export, forward or ship out aquatic species listed in Appendix I of the Convention on the International Trade in Endangered Species of Wild Flora and Fauna (CITES), or those categorized by the International Union for Conservation of Nature and Natural Resources (IUCN) as threatened and determined by the Department as such.”

He said the BFAR national office has advised them to file both administrative and criminal charges.

The 8,000 kilos of giant clams are estimated to be worth P48 million based on the reported buying price of P350,000 per kilo, Bacolod said.

He said the buyers are said to be foreigners who want to purchase the clams for the components of pearl found in the fossilized shells.

Bacolod said they have recommended a fine of P5 million to be paid by the 11 suspects.

“We want to teach them a lesson…(T)hey cannot just take our fisheries laws for granted. They have to pay the price,” Bacolod said, adding that the penalty is meant to discourage illegal acts like this.

The suspects, on board a truck loaded with the clams, were flagged down by officers from the City Mobile Force Company (CMFC) manning a checkpoint in Lumbia.

Lt. Col. Alexy Sonido, CMFC commander, said the truck was stopped due to a traffic infraction, but they apprehended the individuals on board and the cargo was confiscated when the suspects failed to present any document.

“The driver was not wearing a seat belt and he was issued a citation ticket, but when the truck was inspected, police found people inside and dozens of sacks containing the giant clams,” he said.

Sonido said the truck came from Barangay Bayanga and was headed for Initao town, Misamis Oriental where a buyer supposedly awaited.

He said the truck was registered to Precily Ceniza of Tagoloan town, Misamis Oriental.

Sonido said the case was already filed in court Tuesday (Dec. 3), while the clams were stored at the BFAR-10 regional compound in Barangay Macabalan, this city. (davaotoday.com)