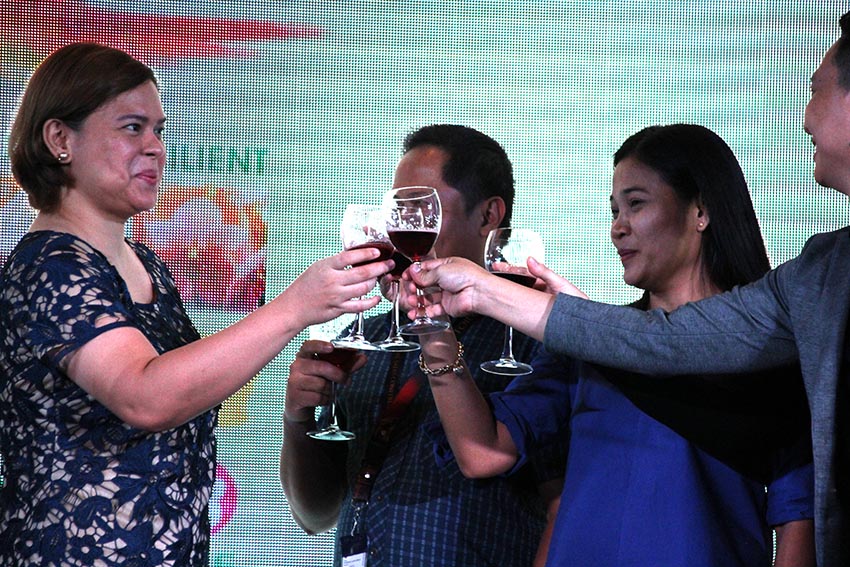 DAVAO CITY, Philippines — Organizers of Kadayawan sa Dabaw festival tout this year’s celebration as the “biggest and the brightest” in a bid to counter negative press brought about by Martial Law.

In his speech during Monday’s Kadayawan Media Launching, Davao City Chamber of Commerce and Industry President and Kadayawan Festival Co-Chair Ronald Go said they hoped to portray the “real” situation in Davao City.

Go said he hoped the festival would dispel negative notions regarding the city, whose tourism and business sector suffered detrimental effects following President Rodrigo Duterte’s imposition of Martial Law in the whole island of Mindanao.

In an interview, Davao City Mayor Sara Duterte-Carpio said the private sector will be playing a big part of the festival, with the city government only playing a “back seat” when it comes to organizing the events.

Duterte-Carpio said it was not the mandate of the local government units to organize festivals.

However, the mayor revealed that the city will be shelling out P30 million, which came from a trust fund that gathered left over funds from previous Kadayawan celebrations.

For his part, Festival Director Gatchi Gatchalian said this year’s festival will be the “most engaging to date.”

Gatchalian said the festival’s events will encourage participation from Dabawenyos from all ages.

“The pageantry of Kadayawan 2017 is touted to be the most engaging to date, aiming to provide experiential and interactive happenings, the loudest ever with drum beaters to be heard beyond our city, and the greatest display of creativity and talent of our fellow Dabawenyos in an array of old and new competitions,” he added.

Several members of the private sector have committed support to the festival’s events, which will run from August 14 to 25. (davaotoday.com)