After a successful 2nd leg, Lanao Norte’s ‘2019 Lanorteman’ to conclude this November 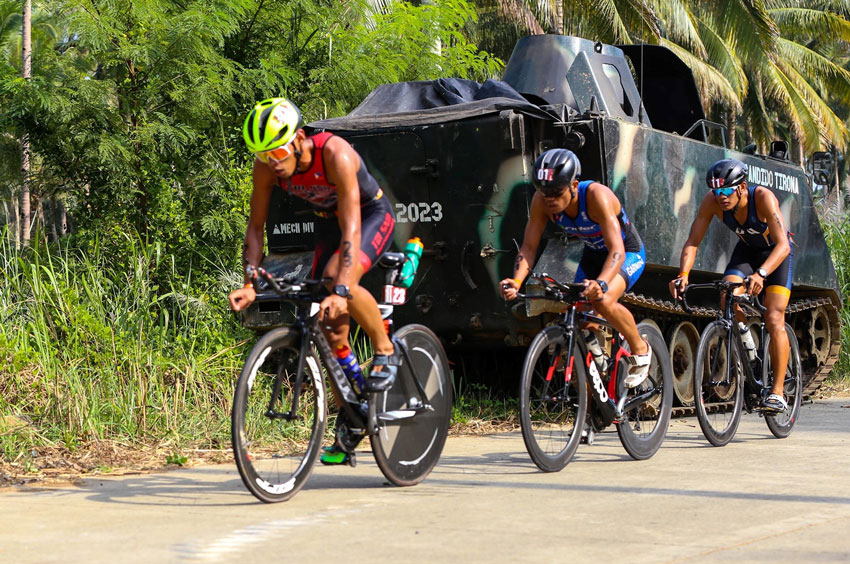 Triathletes bike past a military combat vehicle during the conduct of the second leg “2019 Lanorteman” in Kauswagan, Lanao del Norte recently. The third and final leg of this year yearly triathlon event will be held at the Sultan Naga Dimaporo town this November. (Photo courtesy of the Lanao del Norte Provincial Government)

CAGAYAN DE ORO CITY, Philippines — After holding the second round of the yearly triathlon event in the municipality of Kauswagan on Sept. 22, the province of Lanao del Norte is set to conduct the final leg of the “2019 Lanorteman” this November in Sultan Naga Dimaporo town.

As part of the local government’s thrust to promote sports tourism, the Lanorteman Triathlon Series was created not only to showcase the unity of Muslim and Christian residents who have lived in Lanao del Norte for decades, but also entices triathletes from other parts of the country to visit the province and see for themselves the prevailing peace and harmony among its people.

During the Kauswagan leg, 338 triathletes from other provinces and cities, as well as visitors from other countries such as Australia and Spain, came to join the “2019 Lanorteman”.

Triathletes converged at Kauswagan’s boardwalk, the longest such structure in the country, that served as both the starting and finish lines.

Lanao del Norte Gov. Imelda Dimaporo said triathlon enthusiasts and professionals came to join “2019 Lanorteman” not only for the love of the sport, “but also to celebrate friendship and camaraderie built in the last five years.”

Prior to the second leg, a side event dubbed “LanorteGirl” was also held in Kauswagan on Sept. 21, and was created to promote healthy lifestyle, embrace friendship and build camaraderie among the female residents and guests.

Days before the race, triathletes were invited to visit famous tourist spots in the province, experience the warm hospitality of the residents and enjoy Lanao del Norte’s natural wonders.

The yearly sporting event kicked off at the Kolambugan municipal wharf on June 16, 2019. (davaotoday.com)