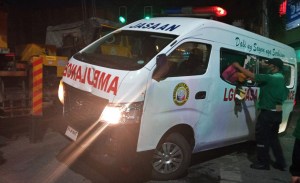 CAGAYAN DE ORO CITY – The Roads and Traffic Administration (RTA) has reminded drivers of government service vehicles, especially ambulances, to be mindful of the road to avoid vehicular accidents.

RTA made this appeal following the incident involving a military truck and the emergency transport vehicle belonging to the municipal government of Jasaan at the junction of Corrales Street and C.M. Recto Avenue on Tuesday evening, April 27.

He said the Army vehicle was on its way from the 4ID camp in Barangay Patag, this city, to its base in Claveria town, Misamis Oriental, when the accident happened.

Cordero said the military truck was observing “admin movement” when it navigated the national highway.

The admin movement is defined as the arrangement of troops and vehicles to “expedite their movement and conserve time and energy when no enemy interference, except by air, is anticipated.”

James Andrade, RTA spokesperson, in a separate interview, said the ambulance was a few meters away from the government-run Northern Mindanao Medical Center, its destination, when the incident occurred.

He said the right back portion of the ambulance was damaged, and several items inside the vehicle was thrown off due to the impact. Its front was also dented.

“The two patients and other passengers on board the ambulance were okay. There was no casualty,” Andrade said.

The medical condition of the patients was not immediately known as they were rushed to the NMMC following the accident.

Because of the impact, the ambulance turned on its side causing a traffic congestion for several minutes.

“I hope both parties could reach an amicable settlement. I am confident that they will settle,” Cordero said, adding that they will be checking the surveillance cameras nearby to determine what really happened.

Andrade said that government service vehicle drivers should always bear in mind the “right way” rules when passing through the highway and other road networks, most especially in areas with dense population.