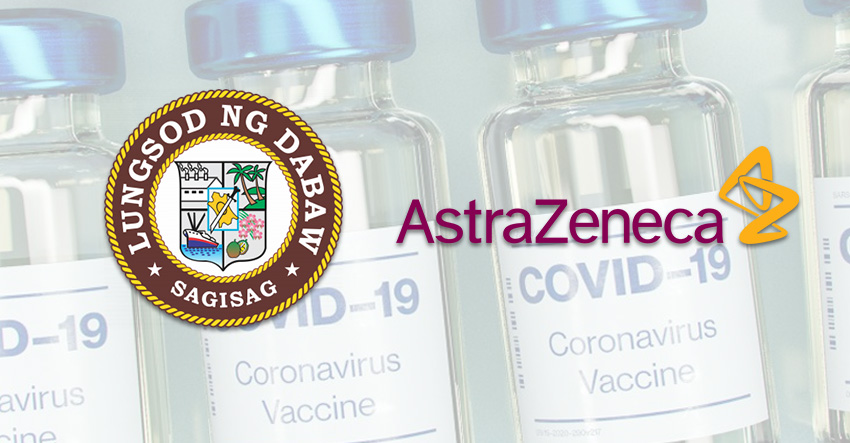 DAVAO CITY, Philippines – The City Government of Davao has secured a commitment from AstraZeneca Pharmaceuticals to deliver COVID-19 vaccine for the city residents to be delivered in tranche by the third quarter of 2021.

Mayor Sara Duterte-Carpio announced this during her interview on DXQQ Disaster Radio on Friday, saying AstraZeneca is the only company “ready to sign a contract” with the city government.

The city government has already submitted documents to AstraZeneca which is needed to procure the company’s vaccine known as AZD1222.

The city government is targeting to provide immunization for the city which has a population of around 1.2 to 1.6 million. The immunization dose will be administered twice for each person.

The mayor said the procurement of the vaccines is to augment the national vaccination program to prioritize people not included in the national government’s priority list, which prioritizes health frontliners, elderly, indigent population and uniformed personnel.

“We will still follow the vaccination program of the national government, “she said.

Duterte-Carpio added that the city government did not put any ceiling in its allocation of funds to purchase the vaccine, but did not elaborated where to find sources of funds.

She said the city will not solely rely on AstraZeneca for the vaccines as she is also holding separate negotiations with another pharmaceutical company for additional supply for COVID-19 vaccine for the city.

AstraZeneca is the second vaccine developer to apply for emergency use authorization (EUA) in the Philippines next to Pfizer. Its vaccine was co-developed with the Oxford University’s Jenner Institute and Oxford Vaccine Group and was approved both in the United Kingdom and India. (davaotoday.com)