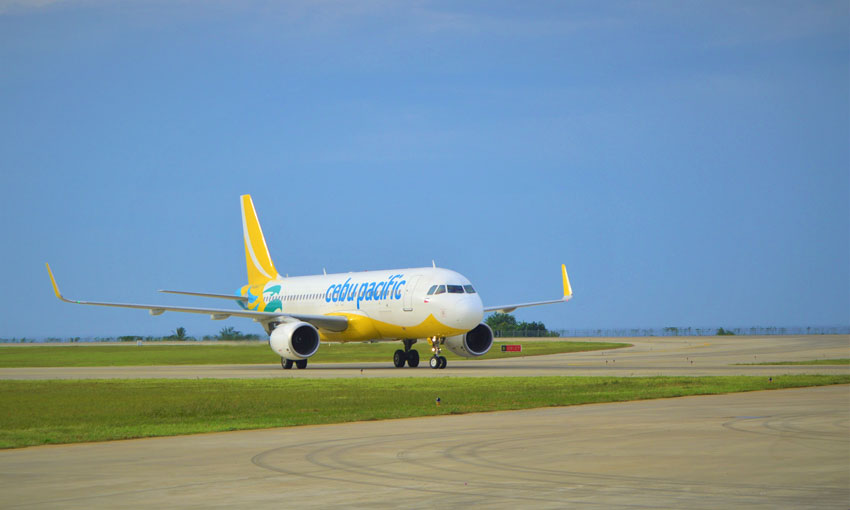 A Cebu Pacific airplane lands at the tarmac of the Laguindingan Airport in Laguindingan, Misamis Oriental, in this recently taken photo. (Jigger J. Jerusalem/davaotoday.com)

CAGAYAN DE ORO CITY, Philippines – An airline has canceled two of its flights Wednesday to reboot its system, said the Civil Aviation Authority of the Philippines (Caap) at Laguindingan Airport in Laguindingan, Misamis Oriental.

Paderan said Cebu Pacific did not inform Caap of Wednesday’s cancellation although the airline company has notified the airport authorities weeks before it called off some of their flights.

He said Cebu Pacific implemented the cancellation as it needed to reset its system following the spate of cancellations due to “confounded delays” in its flights.

Paderan said it is the responsibility of the airline to notify its passengers in advance if there are changes in its flights.

As of Wednesday afternoon, the Laguindingan Airport management has not yet received formal complaints from passengers affected by the cancellation, he said.

It was immediately known how many passengers were affected by the cancellation, but Paderan said it could be hundreds as an Airbus A320 usually seats 150 individuals.

As of this writing, Cebu Pacific has not replied to an inquiry sent via Facebook Messenger.

News reports said Cebu Pacific has applied for cancellation of more than a hundred domestic flights from April 28 to May 10, or about 14 flights a day, out of its more or less 400 daily domestic flights.

In the same news article, Cebu Pacific explained that the flight cancellations would improve its performance.

Meanwhile, the Laguindingan Airport management said it ordered the closure of the facility’s inner lanes “to protect and ensure the safety of all the passengers, well-wishers, and bystanders from irresponsible vehicle drivers during peak hours.”

“We would like to end the speculation that this measure was made because these lanes are reserved for VIPs. This closure serves the sole purpose of ensuring everyone’s comfort, convenience, and safety,” it added. (davaotoday.com)