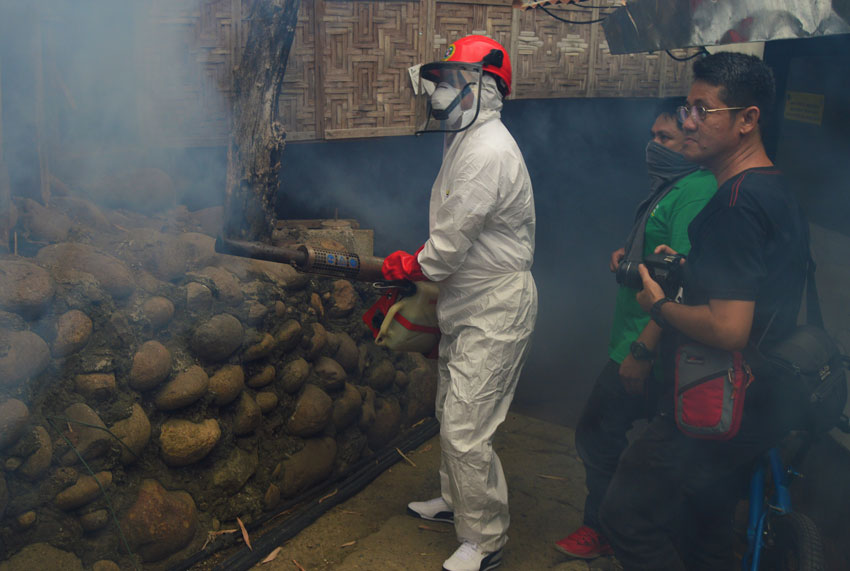 CAGAYAN DE ORO CITY, Philippines — Donning protective suits, top local officials led the anti-dengue campaign in the City by conducting a fogging activity in one of the 10 villages with the highest number of dengue cases.

According to the City Health Office, Patag is among the villages with the most number of dengue patients, with 83 cases.

Barangay Carmen has recorded the highest number of dengue incidents with 220 cases.

“This is needed. We cannot take this lightly as it has already reached an alarming level,” Moreno said, referring to the City government’s anti-dengue efforts.

“We are actually aiming to have zero cases, especially that we are still in August and the ‘dengue months’ (September to November) are still to come,” he added.

Moreno said the people of Cagayan de Oro must not wait for the dengue cases to rise further.

“We must be determined to eradicate dengue. We must act as early as now. This is like a declaration of war against dengue,” he said.

Uy said the local government has not encouraged fogging due to the cost and its effect, but noted that it is needed to eliminate dengue in the City.

She said it has been projected that dengue incidence will peak in certain months of the year, but they did not expect that the number of cases would be higher this year.

Early this month, the Department of Health declared a national dengue epidemic owing to the rising cases that surpassed last year’s data.

Following that declaration, the DOH-10 has announced Northern Mindanao as exceeding the epidemic threshold.

Per latest data from the health department, there have already been 17,701 cases from January to Aug. 17, 2019 in Northern Mindanao, with 70 deaths, affecting one to 10 years old male individuals. (davaotoday.com)