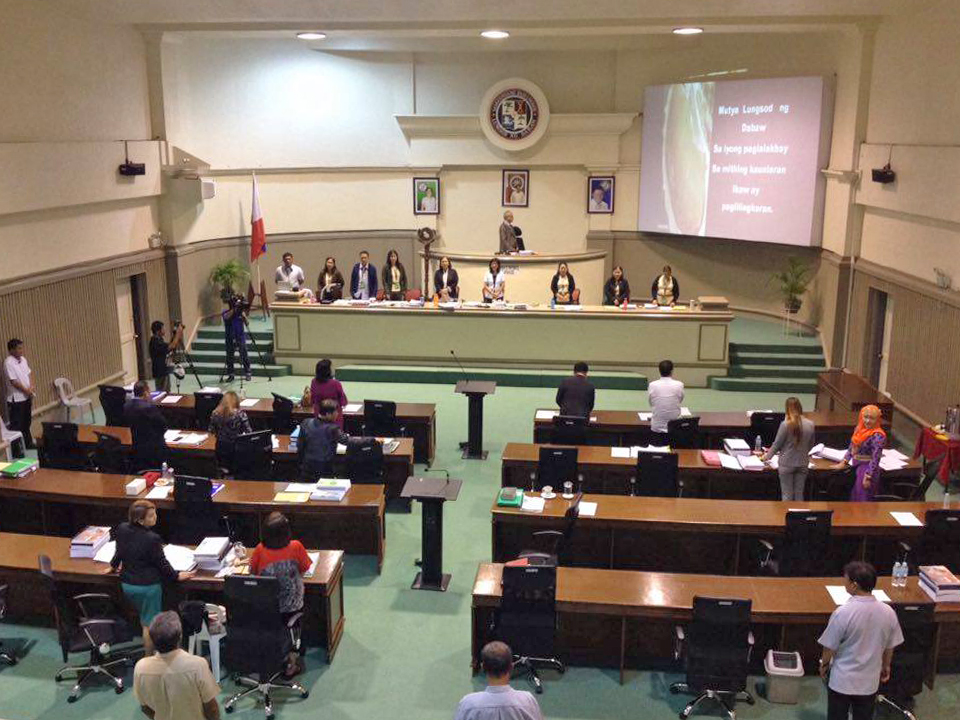 DAVAO CITY, Philippines – The City Council spent P1.3 million to buy laptop units to be used next year by local legislators in their bid to reduce the use of paper.

Bernard Al-ag, majority floor leader of the council, said some 27 units of laptops worth P50,000 each have been purchased.

The equipment, he said, will be used by the councilors “exclusively during sessions and their review of agenda.”

“Next year the Council will be reducing the use of paper during session. We will be using the laptops for our agenda and especially for all our attachment,” Al-ag told a press conference on Tuesday, November 14.

Instead of printing the agenda and other attachments needed during the session, copies of these documents will be distributed electronically.

Al-ag stressed that through a paper-less system, they are expecting to reduce the council’s paper use by 80 percent. An estimated 50 kilos of paper is used by the council every session or at least 8,000 kilos of paper every year.

To proceed with the upgrade, Al-ag said councilors will undergo training on the new system before the laptops will be released. The training, which will be facilitated by the City Archive Office and Department of Information and Communications Technology, is scheduled to take place on November 29.

The City Council is also eyeing to implement the “paperless program” in other departments of the city endorsed by City Mayor Sara Duterte.

“That is why the City Council will also be creating an ordinance as endorsed by the mayor to create a City Archive Office and this will be in-charge to implement the project in reducing the use of paper not only in the Sangguniang Panglungsod but all throughout the departments in the near future,” Al-ag said.

“Eventually all signatures of department heads and City Council will be also in digital form. So once this is implemented, the use of paper will really be reduced,” he added. (davaotoday.com)