DTI-10 exec: Martial Law had no effect on investments in Normin 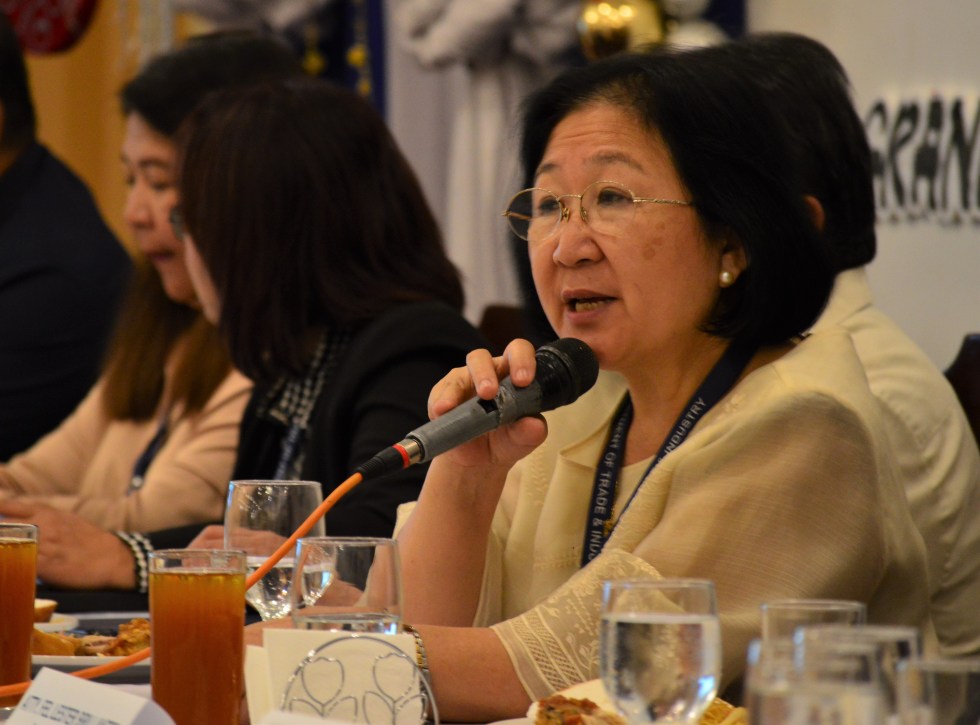 Department of Trade and Industry-10 regional director Linda Boniao said during a press conference held here Thursday (Dec. 12 that the implementation of Martial Law in Mindanao has not affected the investments in the region. (Jigger J. Jerusalem/davaotoday.com)

CAGAYAN DE ORO CITY, Philippines — The imposition of Martial Law in Mindanao has not affected the commercial activities in the island, specifically Northern Mindanao, a Department of Trade and Industry-10 (DTI-10) official said Thursday (Dec. 12).

“With or without Martial Law, we had plenty of investors [in the region],” said DTI-10 regional director Linda Boniao, in a press conference.

One of the biggest investments Boniao cited was the opening of the P1 billion-worth Gardenia bread factory at the Phividec Industrial Estate in Tagoloan, Misamis Oriental that was inaugurated in March this year.

Martial Law was declared by Pres. Rodrigo Duterte as government troops and a band of armed extremists clashed in Marawi City on May 23, 2017.

After the Lower House and the Senate approved for its extension twice, Martial Law is set to expire on Dec. 31, 2019.

Duterte has announced he will not push for another extension.

Even at the height of the war in Marawi, the movement of trade and commerce in the region has not really suffered, Boniao said, considering that the besieged city is just some 37.9 kilometers from Iligan City.

“I think business have their own time. Even if there’s war or Martial Law, there’s business,” Boniao said.

Data provided by DTI-10 indicated that in 2018 investments in the region has reached more than P29 billion, Misamis Oriental having the biggest with P21.4 billion or 72.5 percent, in infrastructure, energy, and mining.