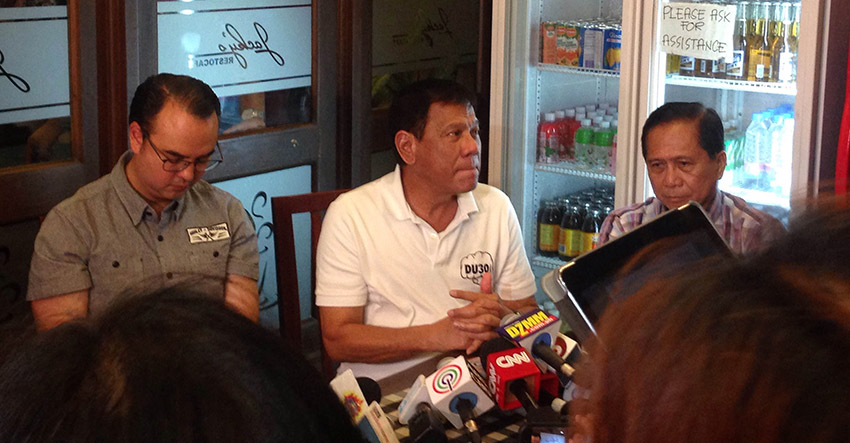 Duterte said Briones has yet to decide about the offer on Tuesday, May 31. Duterte said she believes Briones can help with the problem faced by the country, especially with the implementation of the K to 12 curriculum.

“She is quite familiar with the problem we are facing with the implementation of K to 12. There will be a lot of students that will be marginalized or would not be able to enroll and a good number of teachers also who have lost their positions,” he said in a press conference here at the Hotel Elena.

Meanwhile, Diokno, whom Duterte described as “the budget secretary of many presidents,” is also not new in the cabinet. He served as the Budget Secretary from 1998-2001 during the administration of former President Joseph Estrada. He was also appointed as the Undersecretary for Budget Operations at the DBM from 1986-1991 during the administration of then President Corazon Aquino.

Diokno is a professor of economic at the University of the Philippines. Both Briones and Diokno are expected to meet Duterte in Davao.

Duterte, on the other hand, has not thought of offering incoming Vice-President Leni Robredo with a cabinet post. “That never entered my mind actually.”

Duterte said he is not yet ready to offer any position to Robredo.

“I am not trying to be smart aleck but I am still trying to figure out the selection in my own group and party, except for the fact that they cannot be employed immediately because of the one year ban (after losing the elections),” said Duterte.

“Why would I be in an awkward position when I’m not yet ready to offer anything to her?” he said.

The Davao’s tough-talking mayor also blasted those who criticized his choices naming it as no different from President Benigno Aquino III’s choices of  “KKK” or colloquially known as “kaibigan, kaklase, kabarilan.”

“Nandito na naman sila sloganeering mga kaibigan, no such thing (They’re at it again in sloganeering, there is no such thing),” Duterte said. He said that his choices are limited to his sphere of influence as a “probinsyano” ( being someone from the province).

“I only went to Manila to study, so my sphere of influence or friends are those from my dormitory, school, and my brothers in the fraternity who are close to me,” he said.

Duterte said he would not appoint somebody that he does not trust. (davaotoday.com)