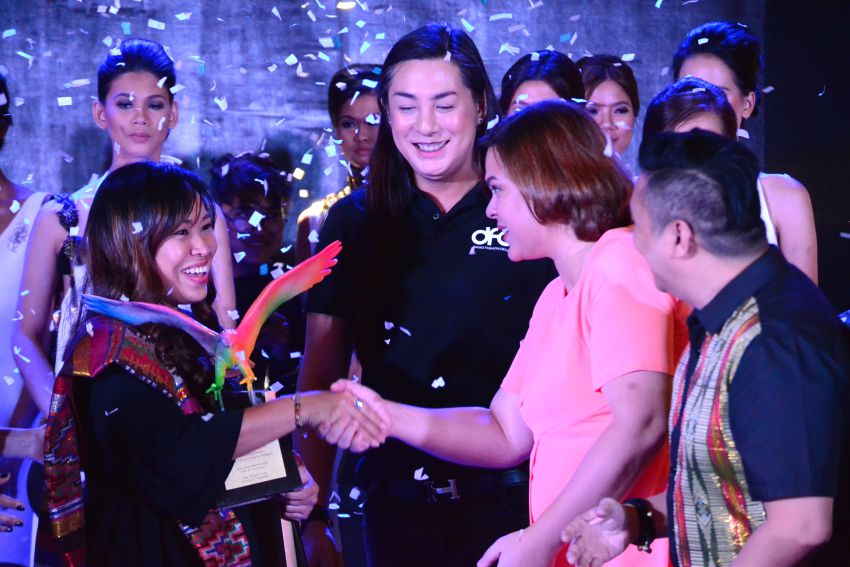 DAVAO CITY, Philippines – Through the years, she was known for her music, now she’s entering the world of fashion design and is in the limelight for another recognition.

The Davao City-based singer-songwriter Maan Chua was hailed as the champion in the fashion design tilt dubbed as “Habi Kadayawan 2017,” on Thursday, Aug. 17.

Chua, who is known for her distinct style of blending ethnic and modern music, bested 13 other local artists with her beaded mandala-like necklace called “Agung”, inspired by the “Ahungan”, a standing kulintang (musical instrument composed of gongs) of the Bagobo tribe.

Chua is behind the songs “Itadyak,” “Sayaw Mindanao,” and her winning piece during the Kadayawan 2013 Tunog Mindanaw music competition, “T’nalak”, which tells about the rich culture and beauty of the southern part of the Philippines.

“Lipay kaayo ko na nakadaog ko kay wala ko naga-expect na madaog ko ani. Not even second runner up or unsa. Ang ako lang nalipay lang ko na mashowcase nako akong talent sa ing-ani na competition (I am so happy, I am not expecting to win, not even as second runner up. I am very happy I was able to showcase my talent in this competition),” Chua said.

Chua admitted that the design she made is part of the medium that is “close to her heart.”

The gongs that make up the musical instrument “kulintang” is common to almost all tribes in Mindanao, especially the 11 tribes of Davao City. 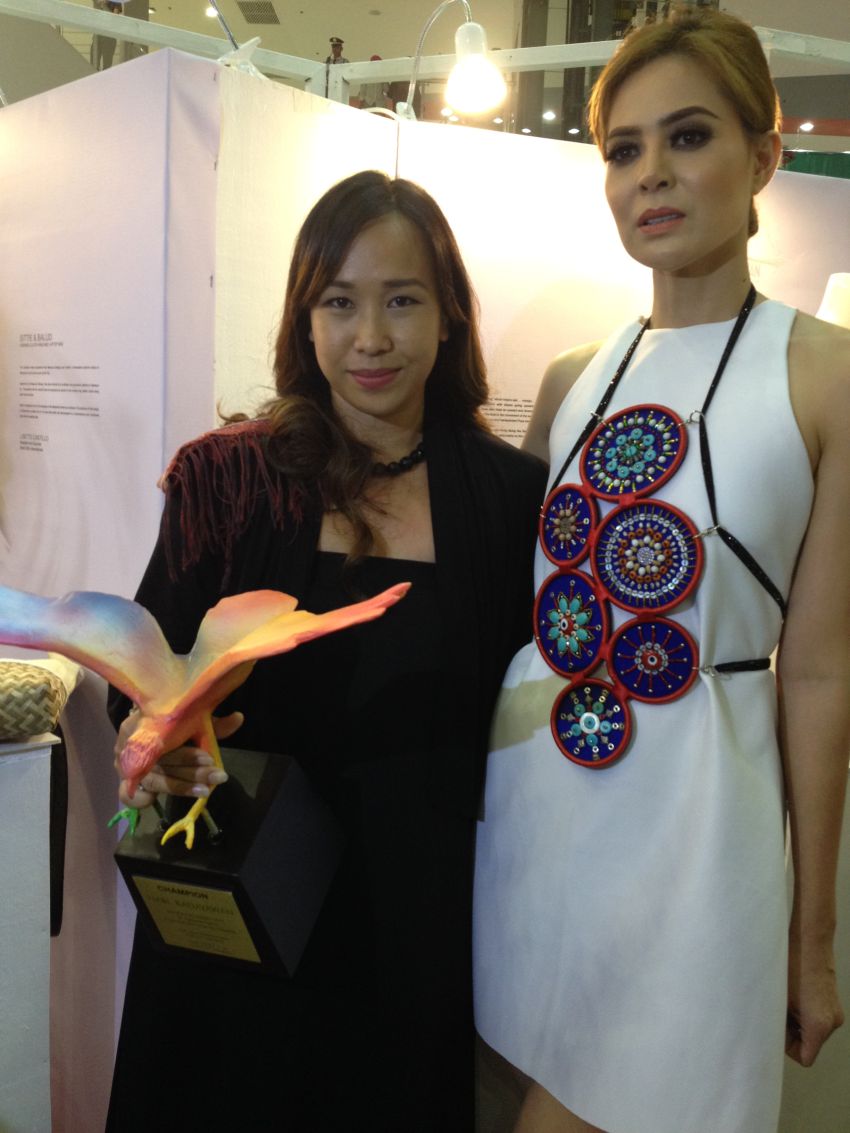 The Habi Kadayawan was among the new competition that highlighted the celebration of the week-long Kadayawan festival here aimed to introduce local designers to the global market.

The designs were judged based on the creativity and craftsmanship, resourcefulness, design and function, originality and relevance to the theme.

Chua stressed that it’s her first time to show her craft to the public that is not a usual “work of music.”

The local artist said she started doing beadworks since 2006 that turned out to be one of her hobbies aside from music.

“It’s my first design. I was doing it (beadworks) before, but I was just putting it into frames it in our house. I never thought of doing it as a necklace until now. It’s my first time converting home accessory to a wearable accessory,” Chua said.

“Music and design will be easy to balance. This is just very exciting for me because I can explore more on my designing side and creativity when I am not making music. Both may be different, but they can still complement each other,” she added.

Chua said one of the biggest challenges is coming up with a concept that is “ethnic and high-fashioned” that could be found on local and international markets.

She, however, stressed that “being a musician” helped her find the perfect inspiration for her design.

“It is very hard to think of a design or concept that hasn’t been done before.I thought of how I would make my piece different and relevant to the theme to represent at least one of the 11 tribes of Davao,” Chua said.

“Being a musician helped me find inspiration in musical instruments then incorporate ethnic, local and modern materials to come up with a neck piece,” she added.

She also admitted that at some point in the competition she felt like an “underdog” since almost all of the contestants were professional designers and had studied fashion design while she is just a “hobbyist.”

Chua said she’s very grateful that the competition was “open to all” so that hobbyists like her could also showcase their talent in design. 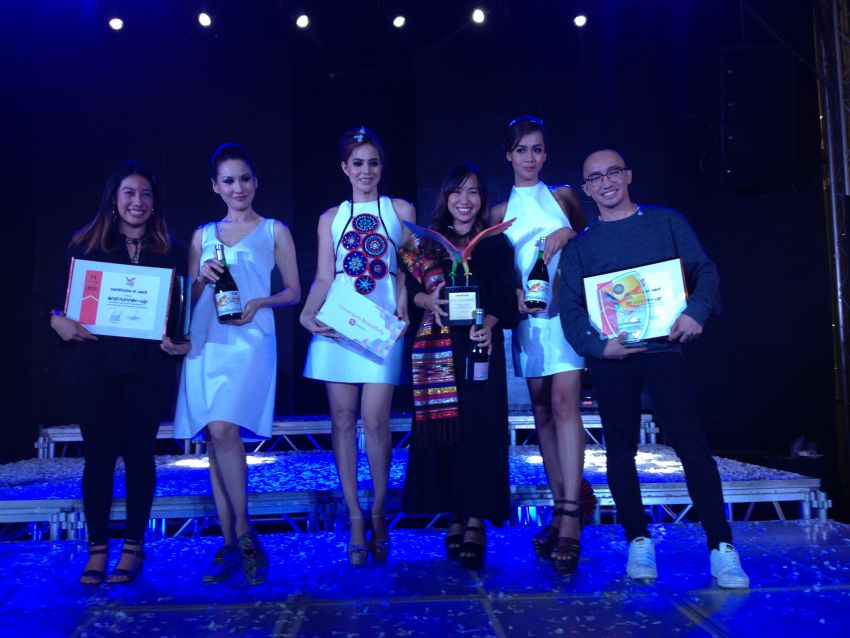 Davao City Mayor Sara Duterte expressed her gratitude to this year’s Kadayawan organizers for having innovations and new events for the festival.

“I’m very proud; we should all be. We hope that this kind of exposure (of local products) to the world market would translate to an improvement of the lives of our Lumad and Muslim brothers and sisters,” Duterte said.

The winners of the competition received a cash prize and a trophy.(davaotoday.com) 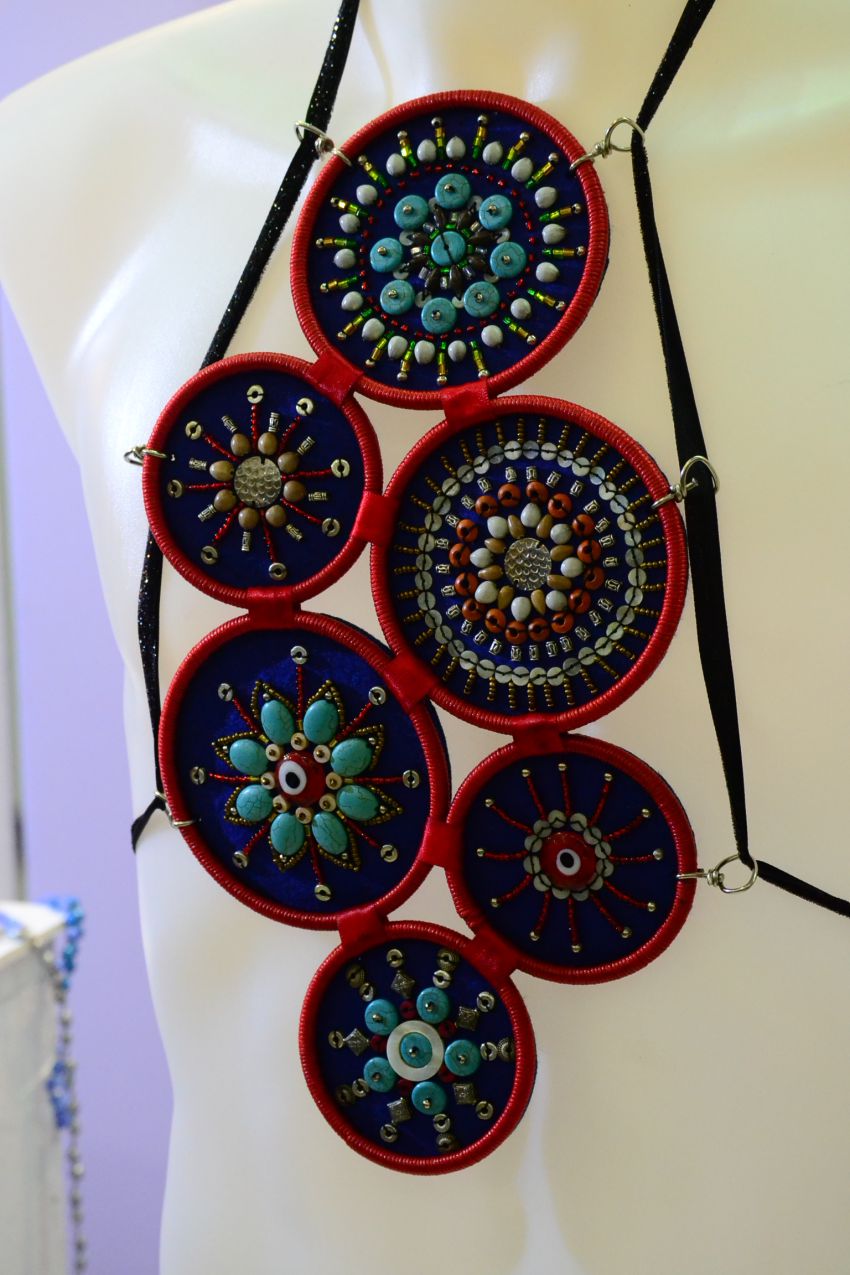 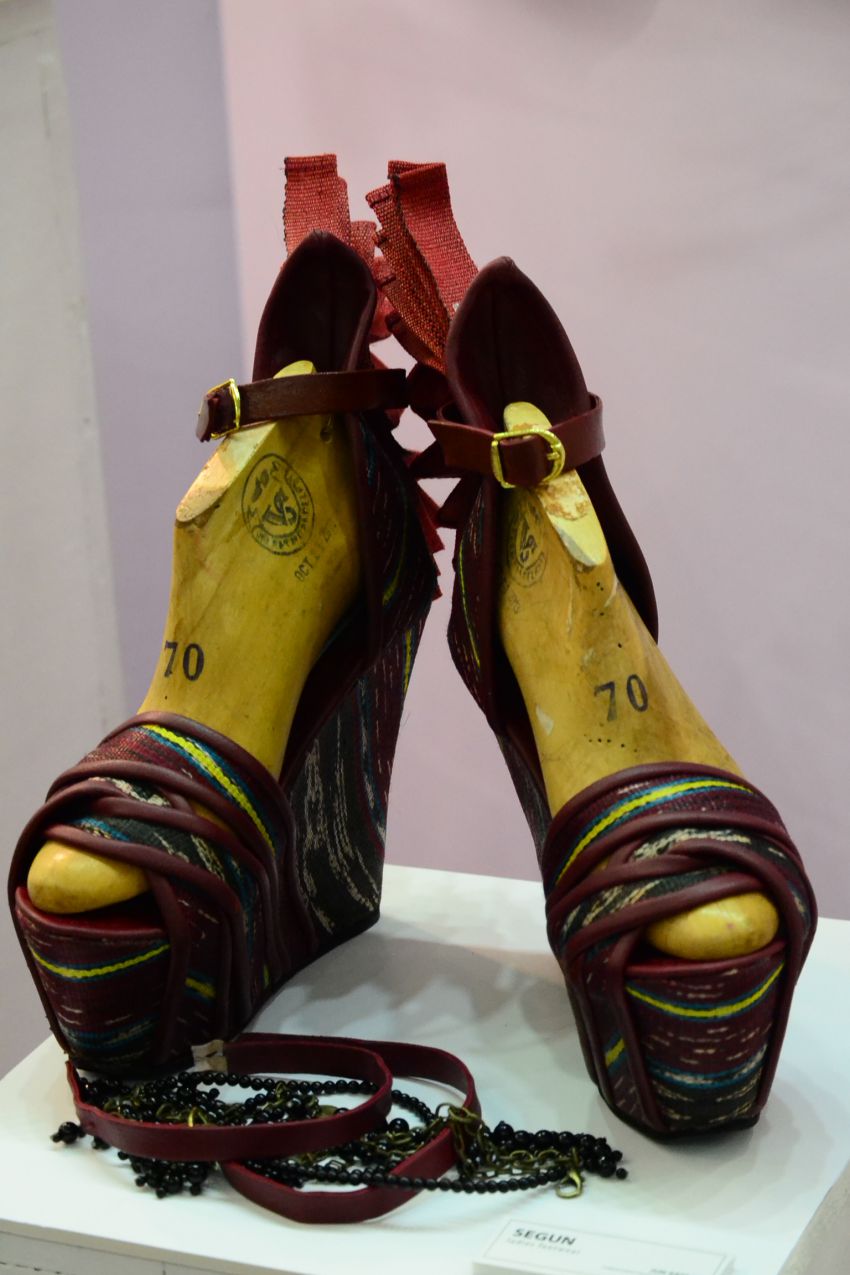 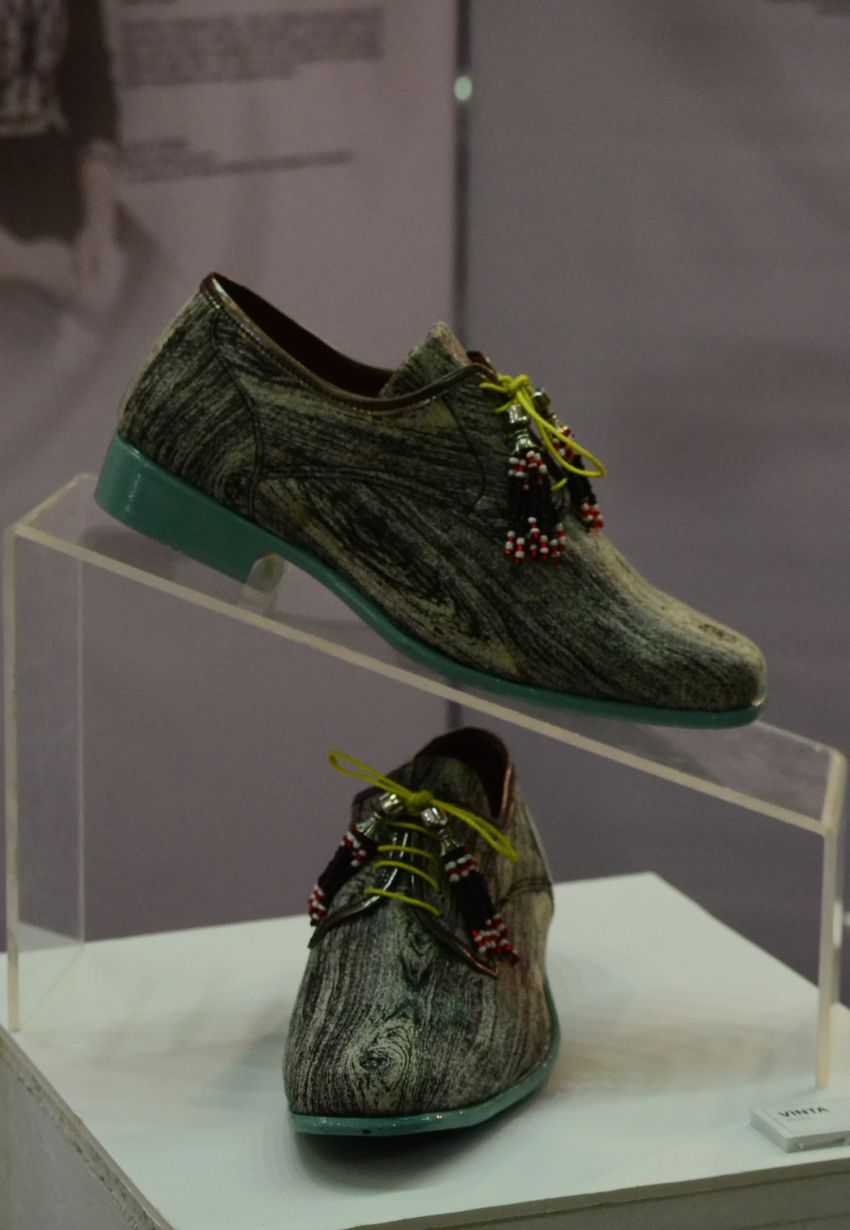