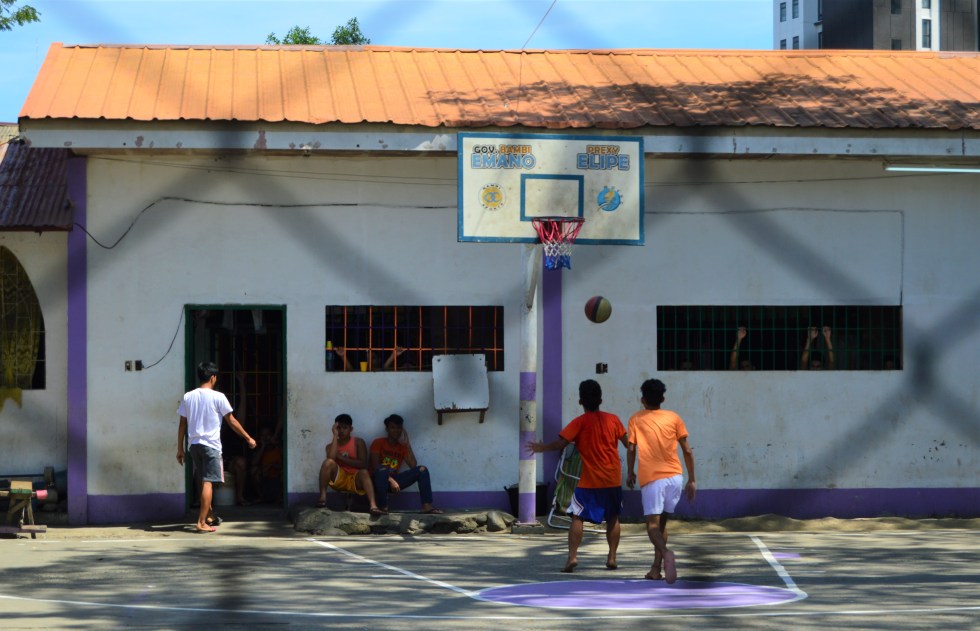 It’s business as usual for the persons deprived of liberty at the Misamis Oriental Provincial Jail in Luna-Corrales Sts., after the correctional facility figured in a controversy following a video showing prisoners ordering a naked inmate to dance was leaked online and was shared on social media. (Jigger J. Jerusalem/davaotoday.com)

CAGAYAN DE ORO CITY, Philippines – Authorities of the Misamis Oriental Provincial Jail (MPOJ) are now investigating the video that was leaked and shared online showing a person deprived of liberty charged with rape and homicide dancing naked and egged on by fellow inmates inside the correctional facility.

The 3:33-minute video shows the inmate identified by the MOPJ as Justin Juls Villanueva, 18, from Tagoloan, Misamis Oriental.

The inmate is facing charges for allegedly raping then killing an 18-year-old woman in Tagoloan on Feb. 11, 2020.

In the video, Villanueva was seen without his clothes on and sporting a newly shaved head dancing to “budots” (a type of dance music) inside a wooden structure. His mouth was jammed with a piece of clothing.

While he was dancing, inmates were heard jeering and shouting at Villanueva, while two prisoners were recording the scene using smart phones.

Someone was heard saying “pakpak mo ba, maayo ra mo manan-aw diha (clap your hands, you’re only good at watching),” while another one said, “pasalamat ka kay kana ra gipabuhat (be thankful that you are only made to dance),” referring to the dancing inmate.

While he squatted, as part of the dance, someone told him “um-uma ‘nang brief (put that brief in your mouth).”

Those who witnessed the incident only made remarks but did not physically harm the inmate.

The video was said to be shared on social media via Facebook Messenger.

Dominador Tagarda, the MOPJ warden, confirmed on Wednesday the incident took place in one of the cells at the provincial government-run correctional facility on Satruday (Feb. 15).

The court has issued Villanueva’s commitment order on Feb. 14.

Right after hearing about the incident, Tagarda said he ordered two inmates believed to be responsible to be put inside the isolation cell for an indeterminate time.

He said he has already reminded all the prisoners and jail guards to respect the inmates, especially the new ones, whatever their crimes were.

“Their human rights must be respected,” the jail official said, adding that it is “not the policy of the MOPJ” to allow inmates to be subjected to all forms of abuse during their stay.

Tagarda said he is coordinating with the provincial government in the ongoing investigation, focusing on why prisoners got hold of cellphones when having these gadgets inside the prison is strictly prohibited.

“Jail officers on duty are now being investigated since it happened under their watch,” he said, but refused to divulge their names. (davaotoday.com)