Of women painting poverty and struggles 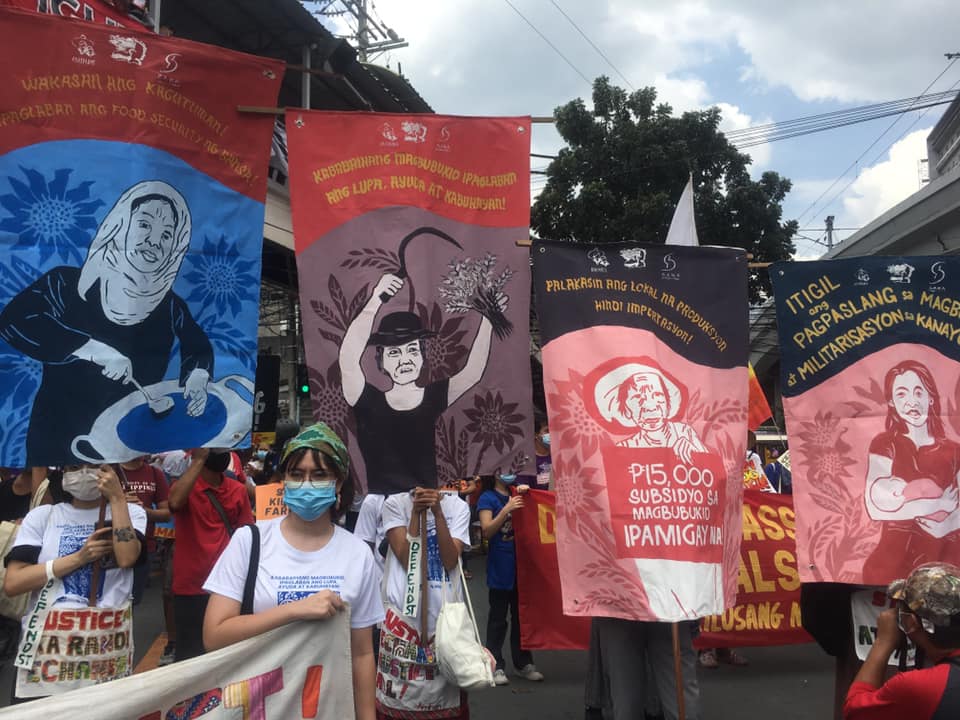 This event, by coincidence, occurred just as art and the representation of social injustices were being debated on social media. A day before that, on March 3, actress Solenn Heussaff announced her upcoming solo exhibit by posting a photo of her posing in front of urban poor settlements.

Heussaff is known for her realistic paintings of Filipino daily life, much of it centering on the urban poor. She owns Solenn Manila, a lifestyle merchandise brand, and Studio Soliven, a studio that creates artisan rugs that cost, on average, P50,000. Her Instagram post included all three–painting, expensive rug, and home goods–against a backdrop of urban poverty common to Manila streets. Her rationale for this, written in her apology post to bashers, is to “show the reality of Filipinos […] to honor our people by being truthful about the kind of life a lot of Filipinos live today and to show that Filipinos deserve better”. 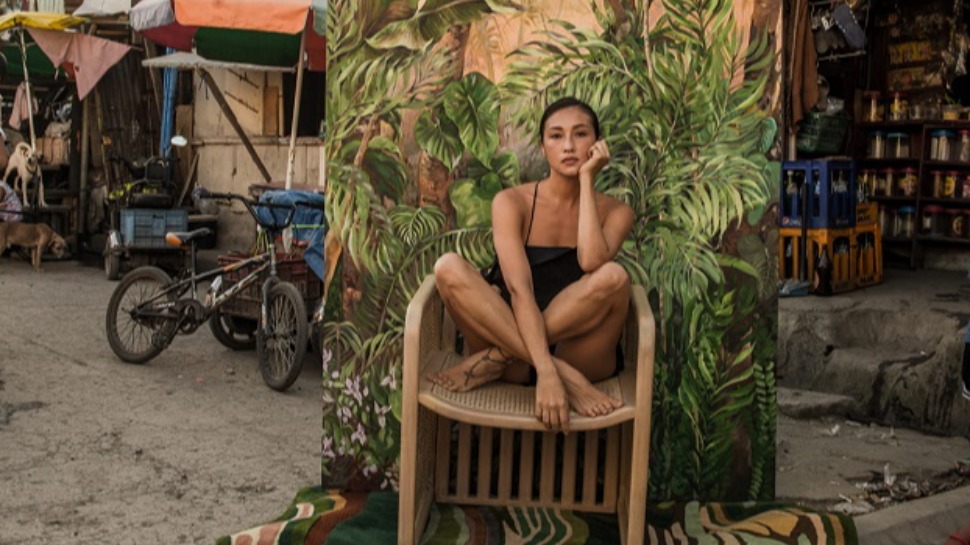 Indeed, why shouldn’t art depict Filipino realities? Why shouldn’t art insist that Filipinos deserve better? Part of the problem is that Heussaff’s pictorial announcement wilfully ignores the fact that the very realities she claims to show–that of systemic poverty and violent oppression–are products of what her paintings and rugs represent, namely, the landlord elite class, which conveniently also holds political and economic power, and in many cases, political office.

After all, who else is able to afford rugs worth P50,000 and more, if not those for whom P50,000 is pocket change? Certainly not peasant families, whose call for a P15,000 farming subsidy has yet to be met. Heussaff’s photo highlights the vast gap between the poor and the Filipino elite only insofar as it condemns us to the fatal belief that there is no alternative.

Moreover, in a situation where every single person in the Philippines knows injustice occurs, representation without justice is mere exoticization. Worse, everyone in the Philippines knows that to genuinely demand that “Filipinos deserve better” is to risk one’s life and liberty: Rommy Torres, peasant activist murdered and stuffed in a drum; Reina Nasino, urban poor advocate detained on trumped-up charges and her infant, Baby River, killed by criminal state negligence; Amanda Echanis, peasant advocate arrested on false charges with her infant son; the farmers of Hacienda Yulo, whose homes have been set on fire and lives threatened by armed goons for defending their claim to land against Ayala Land and San Cristobal Realty Development Corporation.

I would like to return to “Women Painting Peasant Women”: these murals are artistic renderings of Filipino realities that demand that Filipinos deserve better. These murals are produced as part of an ongoing struggle for genuine agrarian reform, and illustrate the vital role peasant women play in defending their land and struggling for their rights. 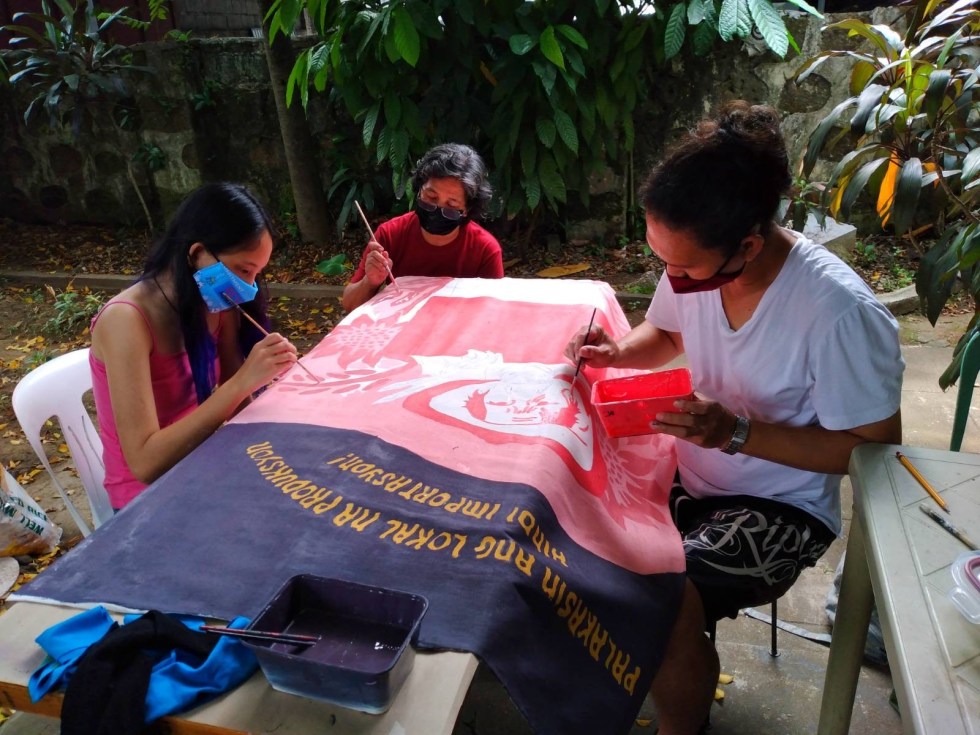 As such, peasant women are shown in community kitchens, on the streets in protests, in the fields as farmers and workers, and in their communities as leaders, organizers, and artists. It is clear that peasant women are not simply capable of asserting their rights and dignity; they are already doing so, and will only continue to do so. If there is a need for art, it is art by and with the urban poor, the landless peasants, the militarized rural communities, the underpaid and overworked working class.

The largest mural carries the comprehensive call of “Kababaihang Magbubukid, Ipaglaban Ang Lupa, Ayuda, At Kabuhayan!”. Smaller murals, depicting peasant women in their communities, calls for a P15,000 subsidy for farmers. These murals were later displayed at the solidarity concert, “Babae, Babawi: A Tribute to Women Whose Struggle Will Seize Back Our Land”. 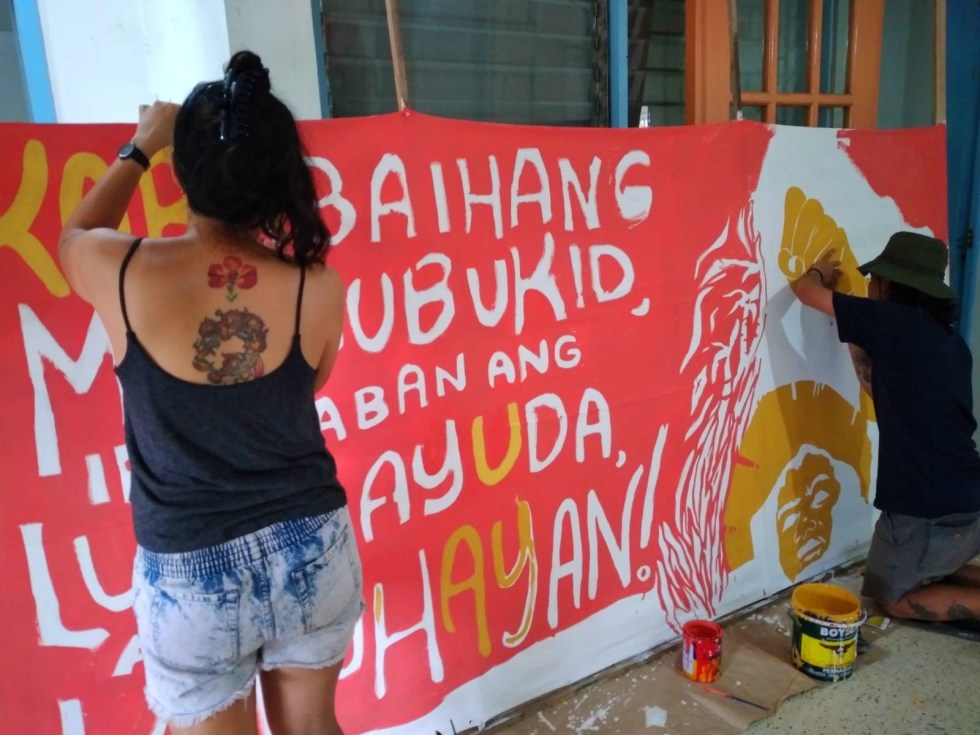 This International Working Women’s Month, it is imperative that we stand with the most marginalized of women: peasant women, poor women, trans women, disabled women, indigenous women. It is when the most marginalized of women receive justice and assert their dignity that all women are truly empowered. I hope you stand with peasant women in calling for social services such as production subsidies and free healthcare, an end to economic trade liberalization policies, access to sufficient and nutritious food for all, an end to militarization in the countryside, that land be returned to the tillers, and ultimately, for genuine agrarian reform to be implemented. (davaotoday.com)

Angeli Lacson is a Comparative Literature student. She is a member of Rural Women Advocates and the University of the Philippines Writers Club.