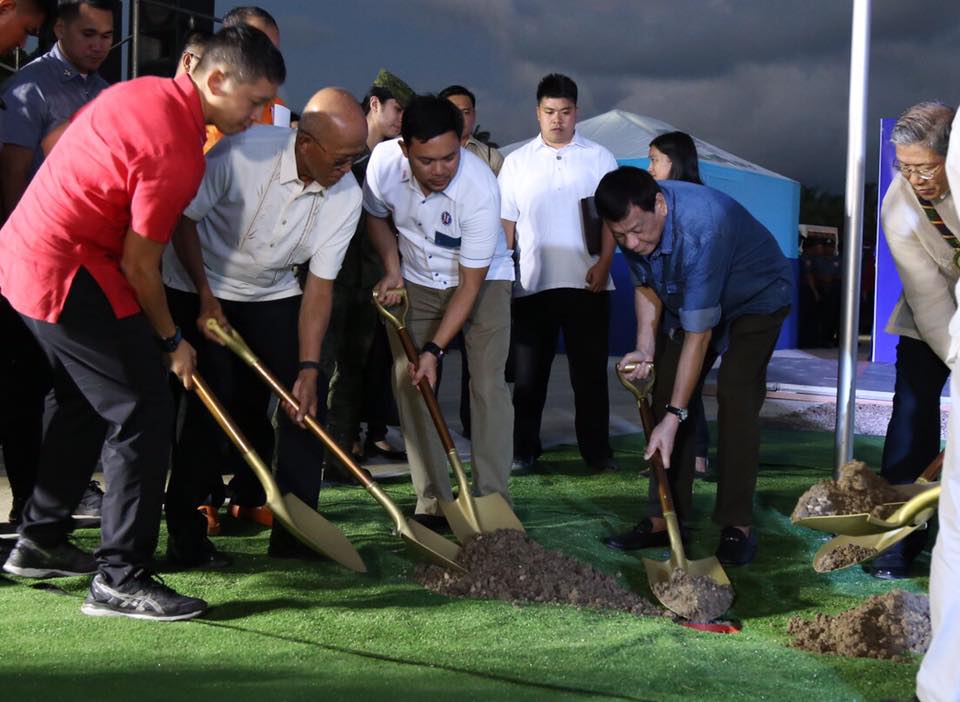 President Rodrigo Duterte lead the groundbreaking ceremony of P7.3-billion Panguil Bay Bridge project on Wednesday, November 28, 2018. Once completed, the bridge will be the longest bridge in the country connecting the provinces of Misamis Occidental and Lanao del Norte. (Photo from Department of Public Works and Highways’ Secretary Mark Villar’s Facebook page)

CAGAYAN DE ORO CITY, Philippines – The bridge that will connect Lanao del Norte to Misamis Occidental will open new opportunities not just to the two provinces but to the region and other areas in Mindanao, said Gov. Imelda Dimaporo.

Dimaporo was referring to the proposed P7.3-billion Panguil Bay Bridge project that had its groundbreaking on Wednesday, Nov. 28, with Pres. Rodrigo Duterte leading the ceremony.

She said the bridge is like “the door of investment” that will benefit that part of Northern Mindanao.

“We have so many tourist attractions here. In fact, the bridge will also become a tourist destination because it has a design, it has character and it’s the longest in the Philippines,” the governor said in her speech during the groundbreaking ceremony.

She said the project is a “dream come true” for the people of Lanao del Norte and Misamis Occidental.

The 3.772-kilometer bridge will connect the municipality of Tubod, Lanao del Norte and the Misamis Occidental cities of Tangub and Ozamiz, reducing land travel time from more than two hours to just seven minutes.

The bridge will link the two provinces and its people as well as fast track the exchange of goods and services that brings prosperity and sustainable development to both provinces and nearby areas.

Costing an estimated total of P7.352 billion, the project is being funded by the Korean Export Import Bank and the Philippine government.

Construction is set to start this December and is expected to be completed by November 2021.

According to Department of Public Works and Highways (DPWH) secretary Mark Villar, the procurement for design and building contract is still on-going and hopes that by December the awarding of the contracted will be facilitated, as the agency has projected that the project will begin in January next year.

Villar said the project will hire people from the localities generating local jobs in effect. (davaotoday.com)