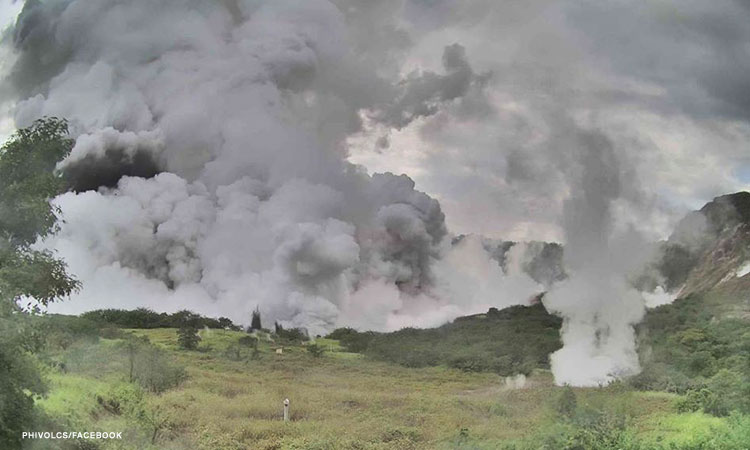 CAGAYAN DE ORO CITY, Philippines – Instead of worrying about the possibility of the ash fall coming from the Taal Volcano eruption reaching Mindanao, the Phil. Institute of Volcanology and Seismology in the region (Phivolcs-10) has urged the public to help out those displaced by the volcanic activity in Batangas province.

“The people here can help those affected by the Taal Volcano eruption. Those affected are the ones suffering, while we are not. They need our help,” said Marcial Labininay, Phivolcs-10 officer-in-charge, in an interview Wednesday (Jan. 15).

Since residents in Mindanao are in no immediate danger of being affected by the eruption, he said the best thing to do is to donate essential items to those who flee their homes due to the calamity.

“We should extend our help, even if we have no relatives living there. Donating an essential commodity like drinking water is already a big deal for them as most of the displaced persons’ water sources have already been contaminated,” Labininay said.

On Tuesday (Jan. 14), the nongovernment organization Balay Mindanaw Foundation Inc. donated 3,000 pieces of N95 masks to the affected persons, while Xavier University’s Biophilic Society based in this city has launched a donation campaign for the eruption survivors.

On an appeal it posted on social media Jan. 14, the Biophilic Society is asking for N95 masks, canned goods, beddings and blankets, toiletries, clothes, medicines, leash and collars for animals, and dog and cat food, as well as monetary donations, from generous individuals.

The society has assured that “all proceeds will go directly to evacuees at the Taal Evacuation Centers.” Donations may be given at Room 206, 2nd floor of the Science Center, Xavier University.

Based on latest data, he said Taal Volcano’s activity has weakened and the ash and lava it is spewing will not reach a larger area or beyond its current radius.

Unless Taal Volcano discharges a huge volume of ash coupled with a strong wind going in the direction of Mindanao, the country’s south will not be enveloped in ash like what happened to Batangas and its surrounding towns, said Labininay.

He also said that per Phivolcs-10’s monitoring, the volcanos in Mindanao, particularly in Northern Mindanao, have been dormant in spite of the Taal eruption.

“Our Mindanao volcano alert level is zero, meaning, we have not recorded volcanic activities for quite some time now,” Labininay said.

But he said Phivolcs-10 is not taking any chances as they are monitoring the situation on the ground through their satellite stations all over the region round the clock.

Phivolcs-10 has four satellite stations in Camiguin, all located in Mambajao town, with one station each in Musuan, Bukidnon; Bacolod, Lanao del Norte; and in Malasag, Cugman, Cagayan de Oro.

Labininay said the satellite stations are run by solar power and their monitoring equipment are fully automated. Only a caretaker maintains the station’s cleanliness.

He also inspects the stations every three months and will report to the Phivolcs-10 technical team if one of the machines bog down.