QUEZON CITY — More than 30,000 members of progressive organizations marched the Commonwealth avenue on the first State of the Nation Address of President Rodrigo Duterte Monday, July 25. 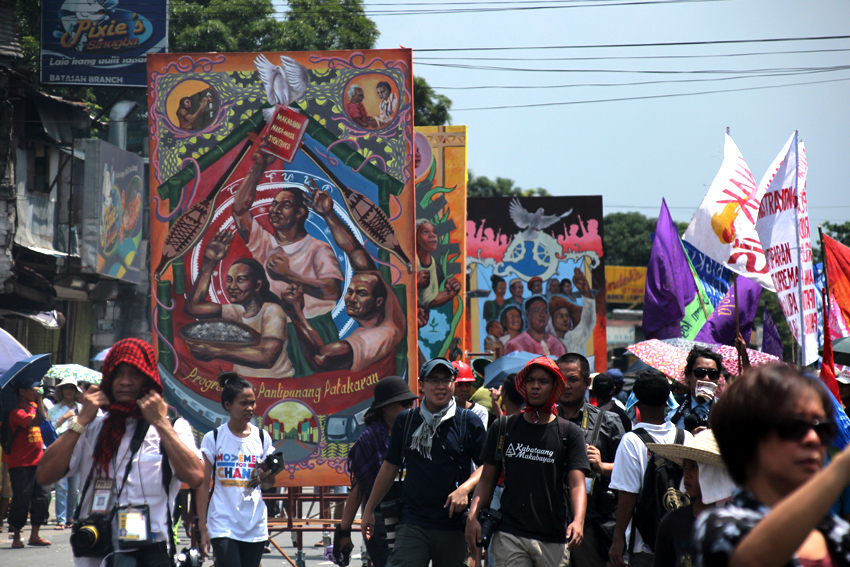 Leaders from Mindanao lead the march with the banner that calls for a stop of militarization in the communities. President Duterte is also the first President from Mindanao. Singer-actress Aiza Seguerra also joined the mobilization and later performed for the rallyists. Beside her is Bai Ali Indayla, spokesperson in Mindanao of Gabriela Women’s Partylist. CULTURAL ARTISTS. A group of young artists from Southern Mindanao performed a cultural presentation during the rally. LUNCH BREAK. Before reaching the House of Representatives (Batasan Complex), marchers rest at noon time for a lunch break. The mobilization proceed with all groups taking all the six lanes along Commonwealth Avenue, three kilometers away from the Batasan Complex. FIRST TIME. Police personnel lined up along the entrance of Batasan Road and are not blocking the protesters unlike the previous SONA rallies. LINED UP. The giant murals were lined up upon entering the Batasan road. Christina Palabay, spokesperson of human rights group Karapatan, bring an umbrella with their call to free all political prisoners. One of the ‘Haran 15’ activists, Lumad leader Kerlan Fanagel, joins the People’s SONA in Batasan together with other leaders of progressive groups who were charged with kidnapping and serious illegal detention of Lumad evacuees in Davao City. The Department of Justice dismissed the case. 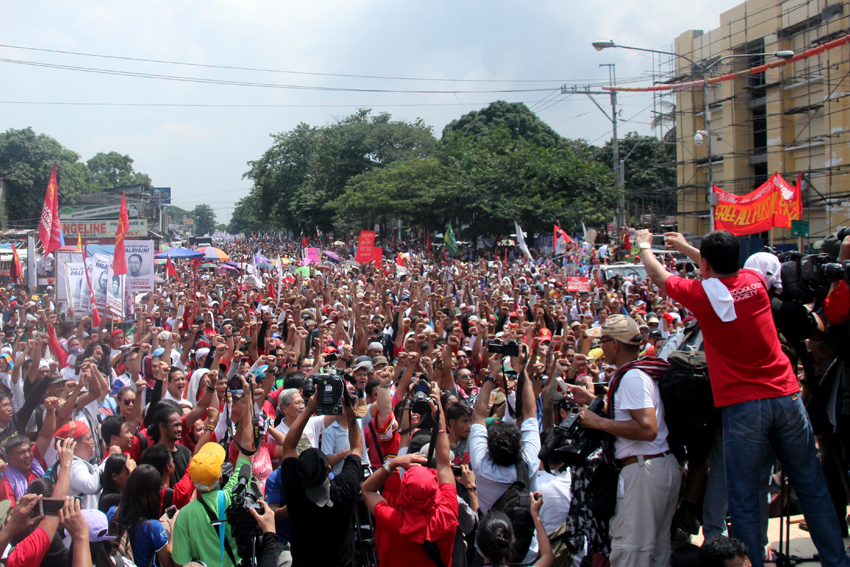 Upon reaching the venue of their People’s SONA, marchers raised their fists to celebrate the “historic” occasion of holding the program only a few hundred meters away from Batasan Complex. PROLETARIAT. A cultural worker raised a hammer during their performance at the People’s SONA.

The marchers considered this year’s People’s SONA as one “historic” event.

After the People’s SONA, some of the leaders were invited by President Duterte inside the Malacañan Palace for a meeting. (davaotoday.com)