STATEMENT | A Call for Justice and Compassion 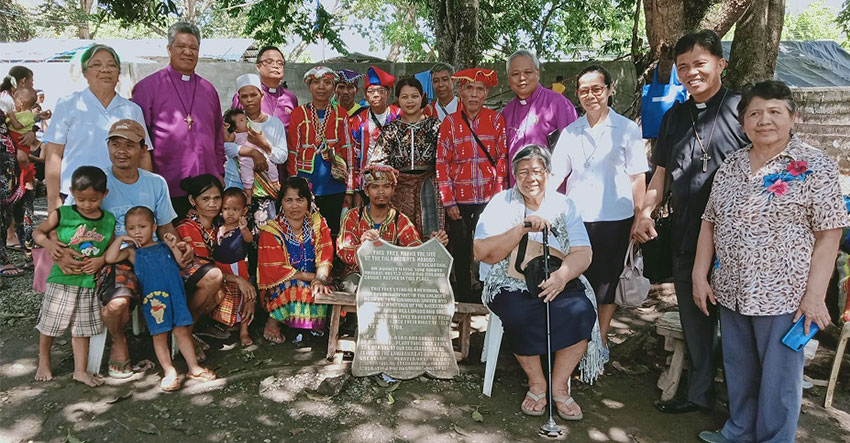 Statement of the Missionaries of the Assumption (m.a) in support to the United Church of Christ in the Philippines (UCCP)-Haran which provides sanctuary to hundreds of Lumads who sought refuge inside the church compound.

“Speak up for those who cannot speak for themselves; ensure justice for those being crushed. Yes, speak up for the poor and helpless, and see that they get justice” (Proverbs 31:8-9 NLT).

The voice in the wilderness echoes in the hollow recesses of the hearts of the human world that is filled with material want and hate. Such is the voice of the ministers at the United Church of Christ in the Philippines South Eastern Mindanao Jurisdiction Area (UCCP SEMJA), who have chosen to follow Jesus in His work with the poor and powerless. In the Christian world, the UCCP SEMJA walks the lonely path of ministering to God’s Anawim among the Lumads from Davao Region, offering their Haran Center as sanctuary to the indigenous peoples who have nowhere to go as they seek shelter and a safe place to stay.

For years, the ministers of UCCP have endured the difficulties and challenges of responding to the call for compassion among the hapless Lumads, and for some time, just like Jesus in His time who chose to be with ordinary folks, the fishers, the lowly and the sick, the UCCP ministers has been vilified and called many undesirable names and even threatened with legal sanctions for responding the Lumads’ call for help.

It is only right that we join our voice with theirs, now more than ever. Our long suffering Lumad sisters and brothers who have been displaced from their land are now being threatened again to be uprooted from their God-given sanctuary, their second home away from home.

“Where there is hatred, let me sow love…”

But we know that the Lumads long to be home to where they come from. They wanted to be there where they can protect their own, but the presence of armed groups including those among them who have turned against their own are preventing them to do so.

More than anything, they wanted nothing but to go back to their homes, but only if government authorities will help them and let them have a peaceful living, free of corporate incursions such as logging and mining that are destroying their environment, and free from military encroachment that destroyed everything that they own, including their communities and schools.

The trees are now gone, and with it their marketplace, their medicines, and their sources of livelihood are gone too. The streams where they used to get their food and where their children play and bathe have now been poisoned and turned into dead bodies of water, where nothing thrives. What used to be fertile soil where they grow their crops to feed their families are now laid to waste because the trees have been cut and the earth has dried.

It is imperative that we should support them in their struggle because now that they have been driven off their lands, we lost the true stewards of our remaining forest in Pantaron range and this is endangering the pillage of the environment. When all the trees have been cut, nothing will now hold raging waters from rampaging down from the mountains into the lowlands where we are.

We therefore implore government authorities, especially the Regional Peace and Order Council (RPOC) and the military authorities to listen attentively to the Lumad evacuees and not those who stand to gain in their suffering.

We enjoin our fellow religious, the academe and all God’s people to continue our ministry of bringing good news to the poor, especially nowadays when those who are doing God’s compassionate mercy to the poor such as the UCCP SEMJA are being vilified and accused of crimes they are innocent of.

We urge every Christian here in our community and all over to be “instruments of peace”, to speak up for the small, the voiceless and the weak, and to be true followers of Jesus.

Just as we are taught by our faith to “not withhold good from those who deserve it, when it is in your power to act. Do not say to your neighbor, “Come back later; I’ll give it tomorrow” – when you now have it with you. (PROVERBS 3:27-28 –)

If we want PEACE, it is only right that we should work for JUSTICE.