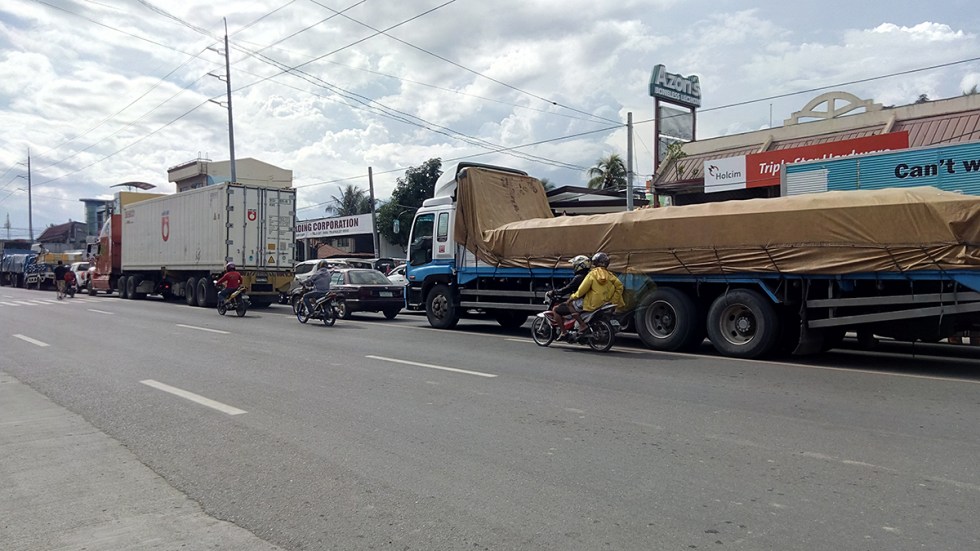 GRIDLOCK. A landslide causes a gridlock in Davao City on October 6. (Photo by Malaya Genotiva / davaotoday.com)

DAVAO CITY, Philippines – Commuters and motorists found themselves trapped in heavy traffic this weekend as a portion of the Diversion Road was closed due to landslide.

Dioni​sio Abude, head of the City Traffic and Transport Management Office, said that heavy traffic has been observed since Friday morning, October 6, after the landslide incident in front of the city’s old dumpsite occurred at dawn.

“We expect that heavy traffic will be felt this evening as motorists travel to nearby provinces for the weekend,” Abude said.

Motorists coming from the south side are advised to take McArthur Highway going to Quimpo Boulevard due to the closure of the Maa-Carlos P. Garcia Highway.

The landslide came after the heavy rains Thursday night, October 5.

Some 40 families were ordered to evacuate by the City Disaster Risk Reduction and Reduction and Management Council (CDRRMC). (davaotoday.com)