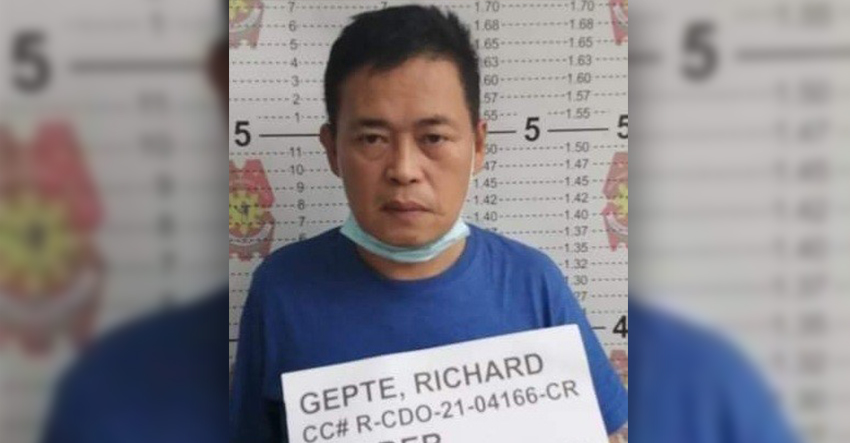 Richard Gepte, 51, a councilor of Balingoan, Misamis Oriental and who is running for vice mayor, has surrendered to the Philippine National Police Region 10.

Andutan was killed inside his vehicle by motorcycle-riding gunmen while driving to his hospital.

Police said Gepte was staying at the Carmelite Monastery in Barangay Camaman-an, Cagayan de Oro prior to sending feelers to police through his lawyer Silvan Sabio that he will surrender.

“With the help of Attorney Silvan Sabio, [we] were able to convince Mr. Richard Gepte to surrender. His surrender can be credited to the strong police-community partnership,” Acorda posted on social media Sunday, Jan. 23.

Viñas said investigators are focusing on two probable motives for Andutan’s killing – land dispute or the death of a patient.

Prior to Gepte’s surrender, police arrested three suspects believed to have carried out the shooting, who were identified as Marjun Cabug, Joel Nacua, and Jomar Adlao, all from Bukidnon.

The fourth person, Rene Turtosa, said to be the handler who planned the ambush, is still in hiding.

Viñas said they were able to get hold of a receipt from a money remittance outlet allegedly showing Gepte sending money to the alleged gunmen, which the police used as one of the pieces of evidence.

When interrogated, Viñas said Gepte did not admit to the accusation but told investigators he will answer all allegations against him in court. (davaotoday.com)