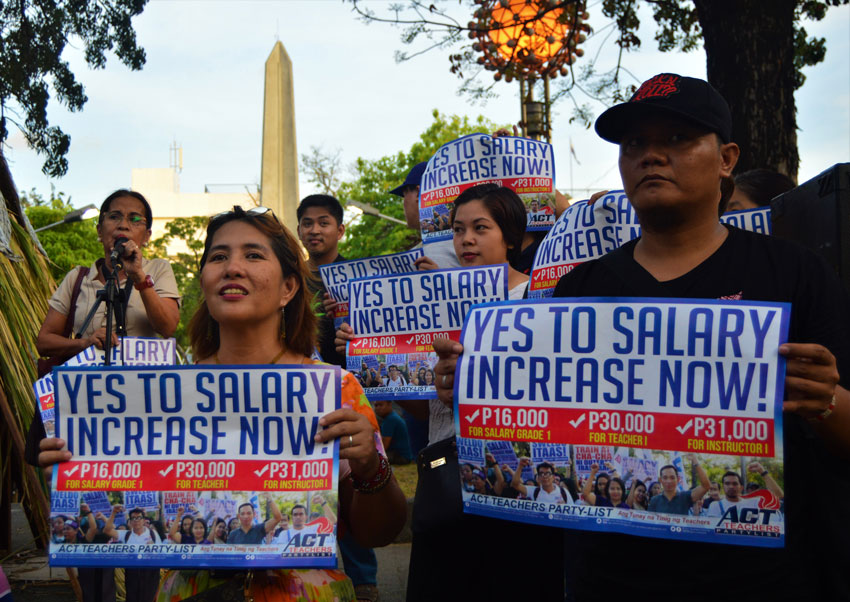 Tabacon, a public school teacher based here, said she received leaked copies of affidavits signed by three individuals from a colleague Saturday night.

The affidavits stated that Tabacon and a hundred others were allegedly involved in robbery and “destructive arson,” allegations that she finds to be ridiculous.

“It’s completely false and ridiculous,” she said in a telephone interview Tuesday, May 21.

She said she noticed that the contents of her accusers’ affidavits were all the same, as if copy-pasted.

She said she has already referred the affidavits to her legal counsel for possible response, although Tabacon noted that she has yet to receive a subpoena.

“My lawyers are still verifying the affidavits. We will verify first before making any counter-affidavit,” she added.

Aside from her, local leaders and members of militant groups like Karapatan, Kadamay, among others, were among the respondents, Tabacon said.

Just recently, Tabacon, along with other activists, were tagged as Communist members.

In a statement issued Monday night, ACT Teachers Rep. Antonio Tinio and Rep. France Castro both accused the government of orchestrating the attacks against activists and members of progressive organizations.

“The Duterte administration has been targeting public school teacher-leaders, human rights advocates, church workers and union workers. The state has been tagging organizations and individuals non-stop as terrorists and continues to dismiss their legitimate calls for salary increase, an end to martial law in Mindanao, genuine land reform and just and lasting peace for our country,” Tinio said.

For his part, Castro said, “our teachers and union leaders have been calling on the government for salary increase and fighting for the rights and welfare of their fellow educators and students, yet the government repays them with terrorist tagging and continued harassment.”

“Under the Duterte administration, those who try to help other people and rescue communities that are harassed by the military, paramilitary and the police are tagged as kidnappers and child abusers, legal and humanitarian acts are considered as criminal acts. Those who oppose the anti-people policies [Pres. Rodrigo Duterte] are tagged as terrorists,” Castro said. (davaotoday.com)