Anybody can be tagged as terrorist in PH – Aussie prof 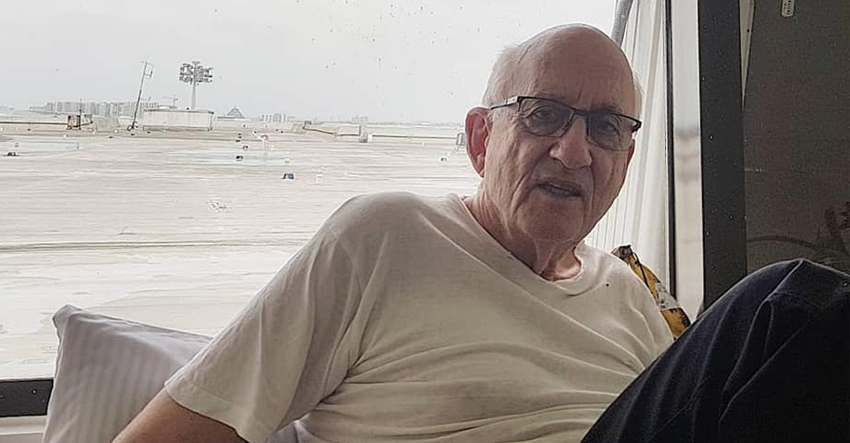 DAVAO CITY, Philippines – Australian Professor Gill H. Boehringer is still being held at the Terminal 1 of Ninoy Aquino International Airport for almost a week now since Philippine authorities, particularly the Bureau of Immigration, denied him entry into the country on midnight of August 8, Wednesday.

Boehringer, a law professor and human rights defender, is being associated by authorities with the “communist terror group” based on a report by the National Intelligence Coordinating Agency.

In a statement he issued on Monday, August 13, Boehringer denied the allegations, saying “I certainly am not a supporter of terrorism from whatever venue.”

The 84-year-old Boehringer said the accusation is preposterous and conveyed the observation: “It seems that in the Philippines today almost anyone can be labeled a terrorist or in association with terrorists.”

He also clarified that the BI has no formal notification as to the basis for his exclusion from the country.

The charge that he participated in a rally during the Asia-Pacific Economic Cooperation in November 2015 is also false, he said.

He added: “The legality, or not, of attending such a rally is a vexed question at the present time. I will not enter that debate at this point. What I will say is that I did not attend that rally. The charge is false.”

Boehringer also clarified that his stay in Caraga Region this year was to observe the educational activities of a primary school for children of indigenous people.

The education program, he added, is being run by the Tribal Filipino Program of Surigao Sur or TRIFPSS.

“Amongst my special interests in teaching and research as an academic is the processes of education, which I previously lectured on at the Open University, U.K., and the circumstances of indigenous people and their environmental custody of the land in my own country, in the Philippines and elsewhere. We did observe the interaction between the Lumad students and the staff of the TRIFPSS School in and out of the classroom. We were able to exchange views with the school staff, the students and the community that supports the school,” he added.

Boehringer also vowed to contest all allegations against him and would seek to lift the “blacklist“, the “watch list” and the exclusion order.

“I would ask the government to recognize me as a person who has visited the country over many years with no subversive intent. I have sought in an intellectual way, through public dialogue, to aid in the maintenance of the rule of law and the structures and processes of democracy,” he said.

He also admitted that as “an individual-a Devil’s Advocate perhaps-“ he has been a critic to some of the policies and practices of three successive governments in the country, especially when he was named an International Election Observer in 2007 and 2010.

But Boehringer asserted that being a critic does not make him a terrorist as his activities might more appropriately be considered as an attempt to make a rational contribution within the vibrant national discourse about how democracy can be strengthened, the rule of law protected and social justice ensured.

He also expressed appreciation to all those who have responded to his plight and especially grateful to the support he received from individuals and organizations in the Philippines.

As of press time, Boehringer is still under the custody of the airline company which is set to take him to Guangzhou, China for a connecting flight to Australia.

Boehringer’s physician, Dr. Geneve R. Reyes has previously stated that he is unfit to travel and was recommended to undergo a medical examination in a hospital.

He is now being aided by counsels from the National Union of Peoples’ Lawyers.

Boehringer’s denial of entry into the Philippines was hit by various groups in the country and abroad.

In a statement last August 10, human rights group Karapatan stressed that Boehringer should be allowed entry in the Philippines as he is suffering from serious ailments that need medical attention.

Karapatan also hit the administration of President Rodrigo Duterte for being cruel and adamant to harass and intimidate rights defenders. (davaotoday.com)