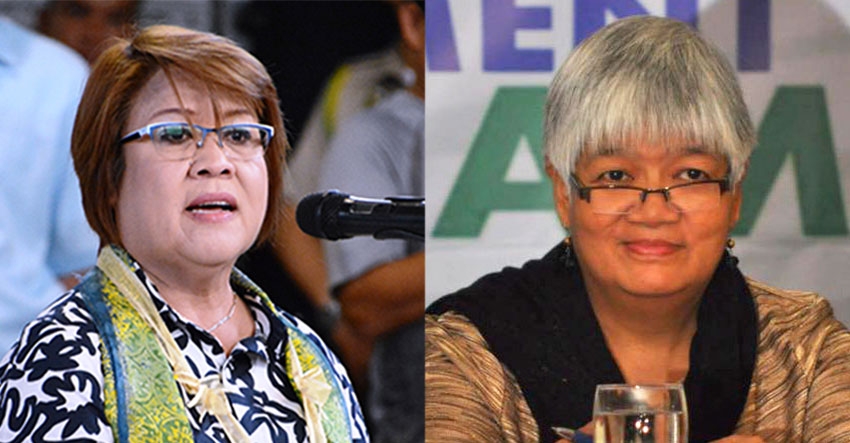 The senator stated on her official Facebook page on Tuesday, June 18.

The incident, De Lima said, “has only shown that the present government will stop at nothing to silence an independent and critical press and stifle free expression.”

“The unlawful arrest of Ms. Valle – which was an obvious attempt to intimidate her and the rest of the independent Philippine media – is both deplorable and unacceptable and should not be taken in silence,” De Lima said.

Police authorities belonging to the Criminal Investigation and Detection Group (CIDG) arrested Valle at the Laguindingan Airport in Misamis Oriental on June 9, and had only walked out from Camp Abelon in Pagadian City after about 12 hours of detention and ordeal.

As an excuse after her release, the CIDG said they had mistaken Valle as certain Elsa Renton, an alleged communist rebel and wanted for multiple criminal charges.

She stressed that the 61-year-old veteran journalist “was unlawfully and illegally arrested and was deprived of her right to due process.”

The lawmaker, who is a vocal critic of President Rodrigo Duterte pointed out that the work of the journalists has become more “perilous” under the current administration.

“Even before Duterte wreaked havoc into our country, Philippines has been known to be a dangerous place for journalists because of its involvement in civil strife for a long time now,” De Lima said.

“But ever since he acted as false king in the Philippines, the attack against media have worsened because this president is allergic to criticism, which after all is normal in a democratic country,” the detained senator added. (davaotoday.com)