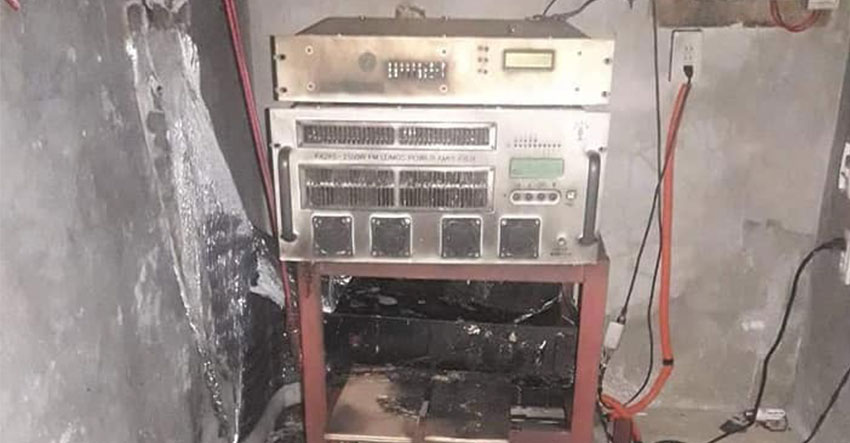 Radio equipment like the radio transmitter, Automatic Voltage Regulator (AVR), and electric wiring were burned in a possible arson incident at the 99.9 RP-FM’s transmitter site in Mawab, Davao de Oro on December 11. (Photo courtesy of National Union of Journalists of the Philippines)

In an alert, the NUJP said two unidentified men arrived in a motorcycle at 99.9 RP-FM’s transmitter site at around six o’clock in the evening and torched its building while the on-duty staff was in the kitchen.

The group said the incident was confirmed by Pat Lucero, former 99.9 RP-FM manager, by phone.

Lucero further told the NUJP the incident could be connected to an attempt on his life on October 11.

Lucero is now in sanctuary for his safety.

He used to host a daily program and was station manager of 99.9 RP-FM.

Authorities are investigating the incident, the NUJP said. (reposted by davaotoday.com)