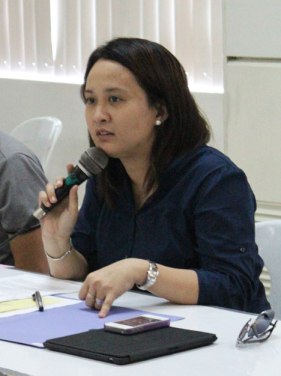 Councilor Leah Librado-Yap said they are not ignoring the actual conditions of many families where parents bear the impact of dire hardship and poverty.   “There is a need to carefully relate the proposal to current economic and socio-cultural set up,” she said, quoting an old African proverb, “it takes a village to raise a child.”

DAVAO CITY, Philippines — Children advocates here are seeking to curb violence in homes by enacting an anti-corporal punishment ordinance.  Last year, advocates in Manila expressed that a law banning the use of violence in disciplining children is not enough for as long as conditions that foster violence are not eliminated.

Plan International (PI) and other non-government organizations in Davao City have lobbied the Davao City Council for the Welfare and Protection of Children to pen an ordinance “promoting positive and nonviolent approach to discipline children.”

Social worker Mae Fe Templa, however pointed out that “Positive discipline works but should be taken in a broader perspective,” adding that, “Family and children conflicts are related to the over-all conditions of the society.”

According to a study by Save the Children Philippines, corporal punishment is rife in the Philippines where 85 percent of Filipino children experience it domestically.

“Corporal punishment is not an effective way of disciplining children in the long run.  Worse, it may lead children to develop behaviors linked to children in conflict with the law, bullying and domestic violence,” Marie Labajo of the Child Rights Network and the National Anti-Poverty Commission, said.

For psychologist Framer Cristy Mella, corporal punishment is not encouraged though “it may modify behavior the way you want a child to behave but it’s because of fear.”  She added, “Positive discipline is better.”

Mella explained positive discipline like “beating the clock” and “grandparents rule.”  In the former, time becomes the enemy, that is, the child can only pester at an agreed time of the day; while in the latter, the child can only watch television for example when he or she is done with the assignments.

The House of Representatives has passed last year in its third and final reading the House Bill 4455 or the Positive and Non-violent Discipline on Children Act which prohibits parents, guardians, teachers and elders from subjecting a child to any form of corporal punishment or physical and psychological threats.

The Kabiba children’s alliance said, “There are existing Philippine laws that ensure the protection and welfare of our children, and all we have to do is enforce these.”  Lovey Caragao, Kabiba’s program officer, cited Republic Act 7610 that protects Filipino children from abuse, discrimination and exploitation.

“While we believe that corporal punishment is not an effective way to impose discipline among children, we are also bothered with the fact that, in a country like the Philippines, where majority of the families are struggling due to hunger and hardship, anti-corporal punishment law will be too ideal,” lawyer Leah Librado-Yap said.

City councilor Librado-Yap who heads the committee on Education said they will carefully scrutinize the proposed ordinance taking into consideration the current pressing concerns of many children and their families.

Relacion said the cycle of violence has to end as children “don’t learn from violence and will only emulate it and use it among their peers in managing conflict.”

“Violence and discipline should be viewed historically in the context of poverty in the Philippines and socialization processes of the children,” Templa said.

The people’s view, according to Templa, on the evolving capacities of the children matters.  “Their being human persons and their relative dependence on adults should be critical point in discipline.  Children are not properties of their parents nor are they appendages or extensions of adults,” she said.

“Their (children) rights as persons are guaranteed just as their needs should be attended to by both families and the state.  But when families fail, it is the responsibility of the state to act,” Templa said.

Councilor Librado-Yap said they are not ignoring the actual conditions of many families where parents bear the impact of dire hardship and poverty.  “There is a need to carefully relate the proposal to current economic and socio-cultural set up,” she said, quoting an old African proverb, “it takes a village to raise a child.”

“Raising and disciplining children is a social responsibility of parents and the entire community including the government,” Librado-Yap said.  (With a report from Marilou Aguirre-Tuburan/davaotoday.com)