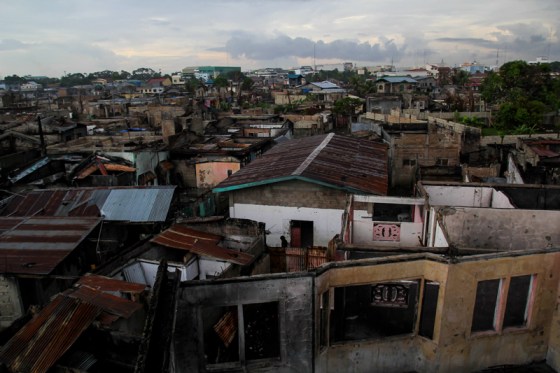 Zamboanga City — Religious and human rights advocates from Davao joined a Mindanao mercy mission for families that are still living in evacuation centers, nearly two months after the siege broke out and displaced more than 100,000 people.

The mission is led by by Balsa Mindanao, a disaster response group, together with the Zamboanga-based Advocates for Peace (AdPeace).

Balsa Mindanao spokesperson Sr. Noemi Degala, SMSM said relief, medical and counselling for evacuees will be conducted for around 1,000 families.

“There will also be a documentation for us to know what is the situation of the evacuees after the war,” she added.

Degala said resources they gathered from contributions may only serve a small per cent of 8,000 families still displaced. “But this would not stop us from doing what we can to help the victims and let the people know the situation of the people in Zamboanga,” she added.

She said data from local groups revealed there are still 8,000 families in 35 evacuation centers all over the city.

Degala said Balsa delegates who arrived Monday noted the eerie feeling around the city hit by the siege of the Moro National Liberation Front forces that resulted to a two-week long gunbattle with government troops burning down six barangays near the coastal area of the city.

Balsa noted that 24,000 families have been displaced due to the conflict, 24,000 schoolchildren affected and 46,000 made jobless.  International groups said this comprised a humanitarian crisis.  (Earl O. Condeza, davaotoday.com)