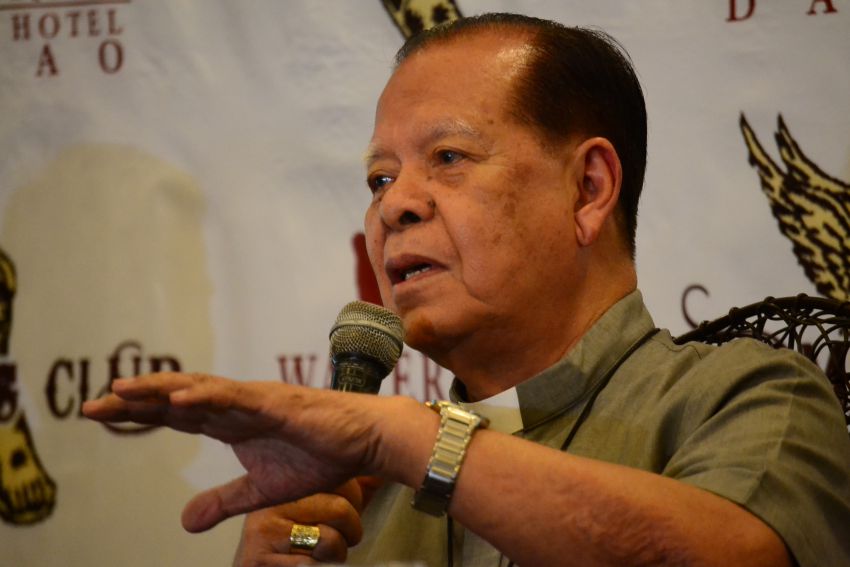 Archbishop Emeritus Fernando Capalla says that the desecration of St. Mary’s Cathedral in Marawi by the alleged Maute group is an offense against faith. Capalla called the act as an extremist’s fundamentalism​. Capalla was guest​ in a press conference on Friday, June 9, at the Waterfront Insular Hotel, Davao City. (Robby Joy D. Salveron/davaotoday.com)

DAVAO CITY, Philippines – Archbishop Emeritus Fernando Capalla of the Archdiocese of Davao said the desecration of the Church by terrorists in Marawi City is not just an act against religion, but against the right of people to worship.

“It was really an offense against the faith. A very important internal value that we have, the faith, our faith also offended by the act,” Capalla said in a press conference on Friday, June 9, at the Waterfront Insular Hotel, in the city.

A video said to be uploaded by members of the Maute group in Marawi City, has been circulating in the internet showing footage of armed men burning St. Mary’s Cathedral and destroying the religious images of Jesus and other religious items.

“I can only pray that those perpetrators will be brought to justice because it is not only against religion, but it is also against human rights, human’s right to worship,” Capalla said.

Capalla added that what the terrorists are doing is “not authentic Islam but an extremist’ fundamentalism.”

Capalla also pointed that even Muslims around the world condemn what the terrorists didespecially the desecration of the church in Marawi.

Meanwhile, Autonomous Region in Muslim Mindanao (ARMM) Governor Mujiv Hataman described the act as disturbing and said that it was inhumane and unacceptable’. Hataman called the terrorists as “hypocrites and un-Islamic.”

“These terrorists are nothing but hypocrites who undermine the true essence of Islam. They are un-Islamic,” Hataman said.(davaotoday.com)