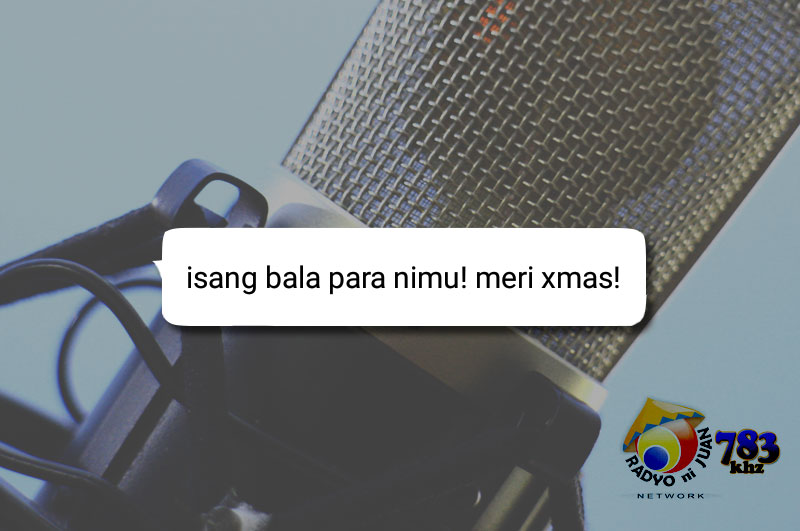 DAVAO CITY, Philippines – A radio broadcaster here received a death threat in a series of text messages she got from an unknown sender Friday morning, December 18.

Kathyrine Xerxis Cortez reported this incident on Monday, December 18, to the Regional Anti-Cybercrime Office 11 of the Philippine National Police.

Based in Davao City, Cortez is vice president for news and current affairs at 94.7 Radyo ni Juan. She is also known as “Kath Cortez” on-air.

According to her police blotter, Cortez said she received the messages from 09467002090 which texted her with threatening messages.

“A text message also tagged the reportee as a supporter of the communist,” the same report said.

Cortez shared screenshots of the messages on her Facebook on Monday, where the messages also showed that she was being threatened of being killed.

“A bullet for you! Merry Christmas!” was the last message the same sender wrote in Cebuano.

The sender warned Cortez to “take it easy” in criticizing the government.

Although the incident has caused “anxiety” on her part, Cortez said “You can never silence me.”

The radio network, Radyo ni Juan, defended Cortez who it said “has been reporting about human rights violations and harassments on Lumad communities” in her 5-minute morning radio segment.

On November 8, Cortez spoke before delegates of the International Association of Women in Radio and Television Biennial Conference about her coverage in the shooting of farmers in Kidapawan City last year. (davaotoday.com)