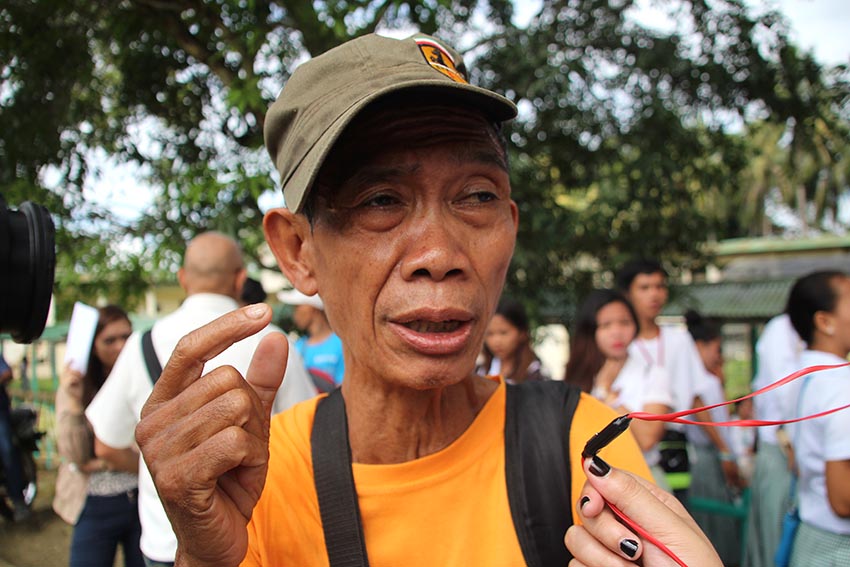 GIVE US BACK OUR LAND. Cecilio Carmelo, chairperson of the MAILUMINADO Farmers Association, Incorporated says that his ancestors were already tilling the land before it was awarded as a land reservation to the University of Southern Mindanao and the Cotabato Foundation College of Science and Technology. Carmelo leads the 600 strong protesting farmers inside the CFCST campus on Dec. 5 where they demand the redistribution of unused portions of the reservation to the farmers. (Paulo C. Rizal/davaotoday.com)

On Monday, Dec. 5, the farmers set up a protest camp inside the campus of Cotabato Foundation College of Science and Technology here to demand the distribution of portions of land of CFCST and the University of Southern Mindanao.

The farmers are members of the MAILUMINADO Farmers Association, Incorporated and said they will not leave until they are assured that a positive solution has been provided to them by the concerned agencies.

Farmer leader and MAFAI chairperson, Cecilio Carmelo said they have been fighting for their land since the 1950s, when 5,091 hectares of land in Arakan was declared a reservation area of then Mindanao Institute of Technology (now University of Southern Mindanao through Presidential Proclamation No. 428 by President Carlos P. Garcia on July 24, 1954. 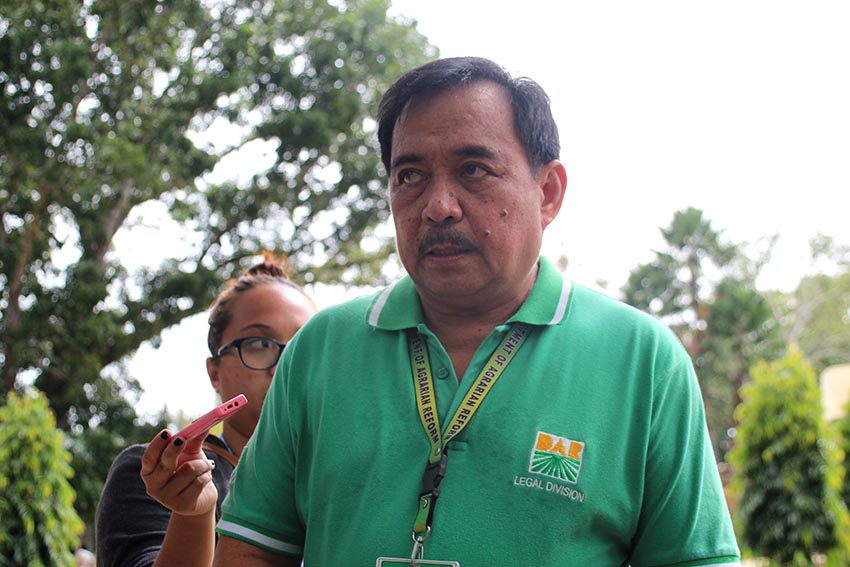 NO POWER. Department of Agrarian Reform Arakan Province Legal Division Chief Wilmer Andoy, Sr. says the problem of the farmers in Arakan town cannot be addressed by the provincial office. In a dialogue held inside the campus of the Cotabato Foundation College of Science and Technology on Tuesday, Dec. 6, Andoy said they will forward the farmers’ concerns to the office of DAR Sec. Rafael “Ka Paeng” Mariano. (Paulo C. Rizal/davaotoday.com)

On June 22, 1963, 1,000 hectares from the initial reservation was allocated for the construction of the Children’s Educational Foundation Village (now CFCST) through Republic Act 3801. Carmelo said it was the school’s founder, Bai Hadja Matabay Plang, who personally asked permission to the locals for the establishment of the school.

“We were happy because we finally had a school nearby, and we were promised it would be free. If we had to pay, it will be a small fee,” he said.

But Carmelo “the problem here is, they told us the school was going to help us, from Grade 1 until college, but in 1982, our sons and daughters were evicted.”

Carmelo claimed that CFCST developed only 300 hectares, while USM developed only 131 hectares from the 5,091 hectares of land. The original settlers and their families have been tilling the land up to the present, but are in constant danger of being driven away because they have no legal ownership of the land.

Currently, there are 2,108 families living in the USM/CFCST reservation, which covers the five barangays, Carmelo said.

“We were the ones who fed and secured Matabay Plang. And now, we are called squatters,” Carmelo said.

Carmelo criticized the school’s agricultural division, saying it had not served its promise of serving the community because the land was used for cash crops instead.

“In its 59 years of existence, the CFCST has not produced its own products. They have to buy even sweet potato tops and water spinach. The students and teachers are eating NFA rice. That’s because they are planting rubber and palm oil for export,” Carmelo said.

Carmelo also lamented the CFCST’s acquisition of land title for their 1,000 land reservation in 2009 despite the standing status quo order from the Department of Agrarian Reform in 2007. 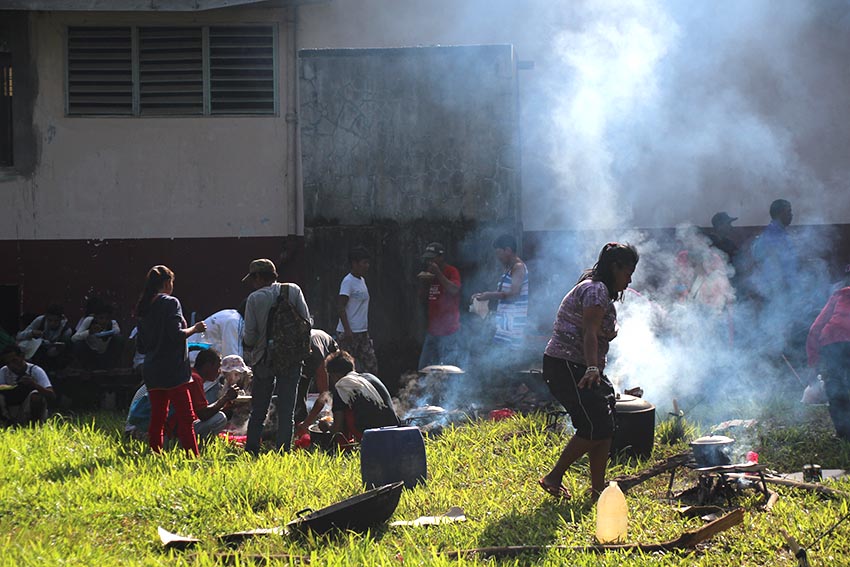 COMMUNAL COOKING. Farmers cook their first meal of the day inside the Cotabato Foundation College of Science and Technology. The farmers from the five barangays in Arakan are claiming a portion of the unused land of the school. (Paulo C. Rizal/davaotoday.com)

In a dialogue later that day, Department of Agrarian Reform representatives told Carmelo and other leaders of the protest that they do not have the auhority to address their demands.

But Wilmer Andoy, Sr., legal division chief of the Department of Agrarian Reform North Cotabato assured the farmers that they will everything they said in a report which they will submit to the national office.

According to the Comprehensive Agrarian Reform Program (Republic Act 6657), agricultural lands not used continuously for a period of three years will be classified as “idle” and will be distributed to actual occupants.

When asked how DAR will distribute the unused portions of the CFCST reservation to the farmers when CFCST already acquired a title, Andoy refused to comment, saying that the provincial office cannot address the problem.

“In my mind, that is also a question. Since we are only in the provincial level, please reserve your questions [for] the higher level,” Andoy said. (davaotoday.com)