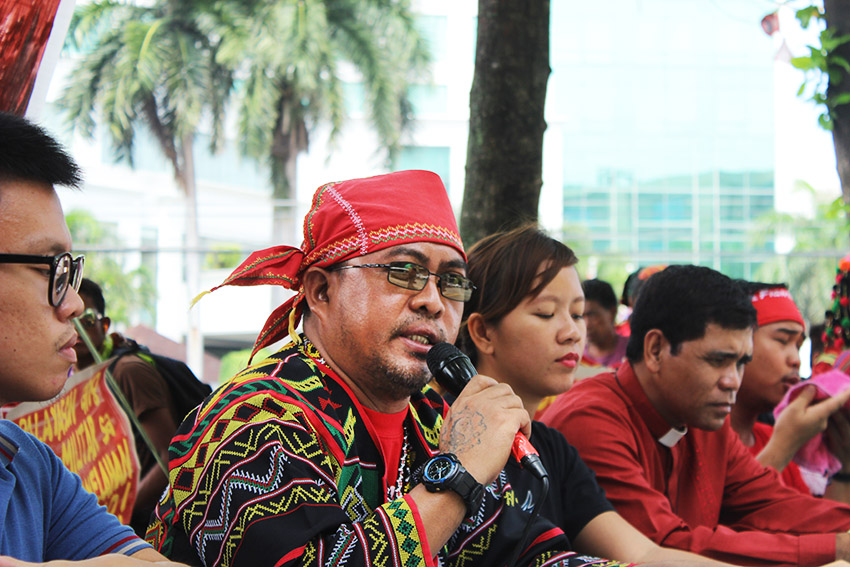 For PASAKA Confederation of Lumad Organizations, this is a declaration of “all-out war against Lumads, not rebels.”

Shortly after his arrival from India on January 27, Duterte said that he would destroy the NPA and go after its legal fronts.

“His pronouncement means is (sic) a go signal to continue military deployment and operations on the ground, and we Lumads and farmers are targets. Expect more Lumads to be displaced,” PASAKA chairperson Kerlan Fanagel said.

PASAKA is composed of 388 Lumad organizations in Southern Mindanao Region.

The group said that instead of delivering peace, the government additional troops in IP communities will raise Lumad’s ire on Duterte.

“We are raising legitimate concerns such as protection of our ancestral domain from mining and plantations, and our schools from militarization. And this is how Duterte answers our demands, by threatening us as communist sympathizers? Said Fanagel.

Fanagel warned that more Lumad communities might evacuate and seek refuge due to intensified military operations.

Since 2014, hundreds of Lumad from Davao del Norte and Bukidnon province sought refuge in UCCP Haran evacuation because of alleged harassments by the military and paramilitary groups.

PASAKA recorded 34 Lumad who were victims of politically motivated killings since 2016.

“It shows that this government is no different from the past governments who launch counter-insurgency programs that target Lumad and peasant communities and schools,” Fanagel said. (davaotoday.com)