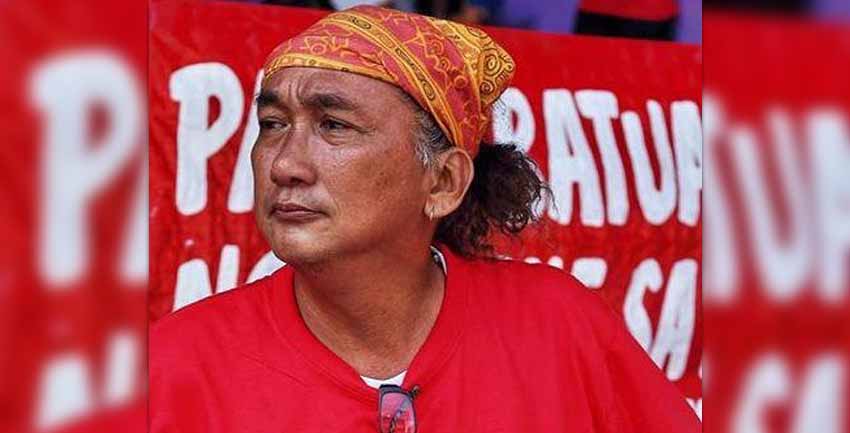 Jose Reynaldo “Jory” Porquia was shot dead by still unidentified men in his coffee shop at Brgy. Sto. Niño, Arevalo District. It was reported that some witnesses near the crime scene heard several gunshots and saw mask-wearing men.

Karapatan Secretary General Cristina Palabay said that “it is simply wretched that this campaign of State terror and violence continues even in the middle of a global pandemic.”

She shared that a week before the incident, Porquia and Bayan Muna personnel were harassed and blocked by elements of the Iloilo City Police while on their way to relief operations. The police, she added, vilified the group and accused that the relief goods were supposedly contaminated.

“Jory and Bayan Muna were leading relief initiatives and education campaigns on the COVID-19 pandemic in the poor communities of Iloilo City gravely affected by the crisis and it is deplorable that, amid this pandemic, the bloodthirsty mercenaries of the fascist State are relentlessly harassing, threatening, and killing activists conducting humanitarian work,” Palabay said.

Palabay recalled that on December 2018, Porquia, along with some activists and lawyers, was in a “hit list” and “viciously red-tagged”. Their pictures were printed in flyers that were widely distributed in Panay.

“If they think these killings will make the people cower into silence, they are gravely mistaken. As we grieve with his family and comrades, we are also undaunted in raising our voices in demanding justice for Jory and hold accountable the perpetrators of this wicked act of violent injustice,” she said.

Youth group Anakbayan also condemned the incident saying it only shows what will happen if the government implements the military lockdown.

“Not solving the main problem (Covid-19) but to silence and to frighten the people and to declare martial law,” it said.

As he mourns the death of his father, he recalls the sweet memories he has with him, too.

“You were always there when I need you. I remember one time when I have a problem and I needed someone to talk to, you flew the next day to Manila. You have always consented me to do what I want but never failed to remind me to ask, who am I doing it for.”

He continued, “You survived Martial Law. You went in and out of prison because you fought for other people’s rights. Despite that, you gave a smile on the faces of people you helped. People that I don’t know. People that, I’m surprised, who welcome you in their homes and share their meal, even if it’s just one small can of sardines. You brushed shoulders with bureaucrats, but only to remain grounded in advancing the welfare of the poor people in Iloilo.”

Meanwhile, sympathy poured out in social media from different groups and personalities with the hashtag #JusticeForJoryPorquia. (davaotoday.com)