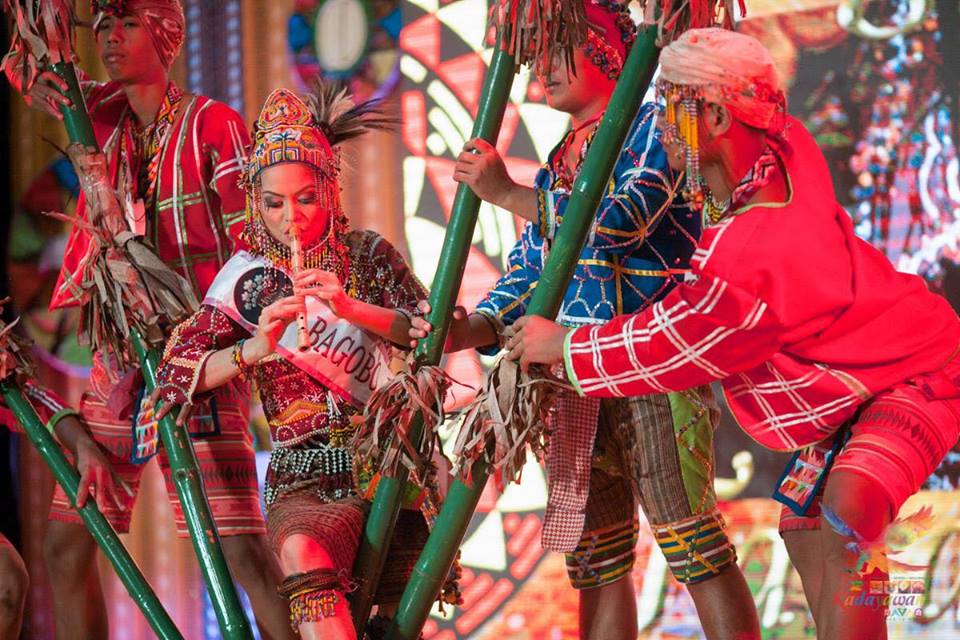 DAVAO CITY, Philippines – The newly-crowned Hiyas ng Kadayawan this year, Jenfin Puroc Aguan, hopes to take advantage of her victory by empowering her fellow youth to get involved in activities aimed at improving their skills.

Early marriage is a traditional practice among the indigenous cultural communities, but under the law, the minimum age for marriage is 18. The United Nations Children’s Fund sees early marriage as a fundamental violation fo human rights because it compromises a girl’s development.

Aguan, a Bagobo Tagabawa, was crowned Hiyas on Friday night. The title was previously held by Inna Maristela Cassandra Garcia, a Bagobo K’lata and a marketing management student.

‘A victory to show to the world’

Her performance that depicted a story of the beginning of water as source of life also bested other contestants. A call center agent, Aguan wants to dedicate her victory to her tribe by showing the world who they are.

She said she believes that her “self-confidence, trust and faith in God” made her stood out from the rest of the 10 other candidates from the other tribes. Jerlyn Dalao Macasi of the Kagan tribe won ‘Hiyas sa Panaghiusa’ (first runner-up), while Gifer Joy Roldan Aguio of the Matigsalug tribe was the ‘Hiyas sa Kalambuan’ (second runner-up). (davaotoday.com)