MANILA, Philippines – More than a thousand Lumad and Moro trooped to the Libingan ng mga Bayani on Monday, September 11, in time with the celebration of Marcos’ 100th birthday.

But the delegates to this year’s Lakbayan of National Minorities had no intention to feast with the family of the late dictator, Ferdinand Marcos Sr. Their aim was to register their strong opposition to President Duterte’s recent treatment to the Marcoses and to show that they never forget what Marcos had done to the national minorities in the country. 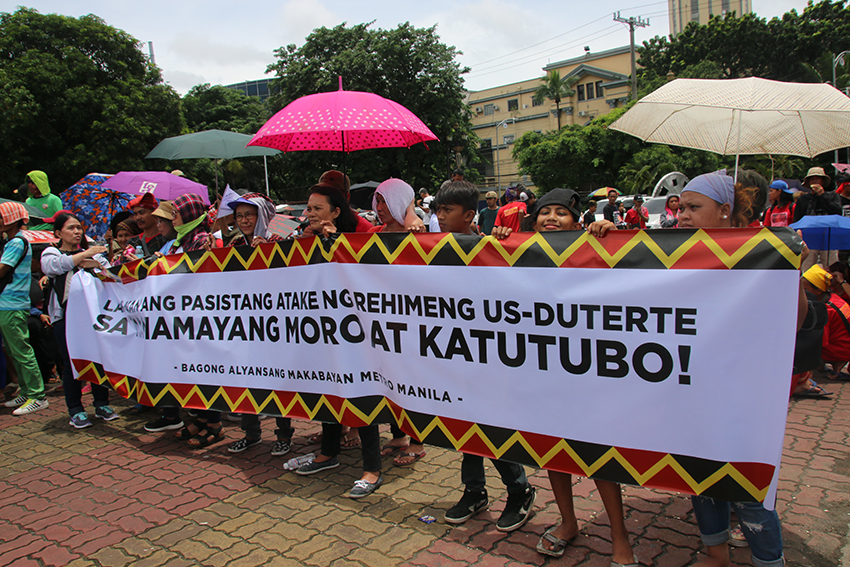 The Libingan ng mga Bayani was heavily guarded on that day as family members of the late strongman were already inside the premises.

The national minorities and their supporters were met in front by the forces from the Philippine National Police and the members of the Armed Forces of the Philippines. A tension suddenly erupted when the Lakbayanis tried to push in near the gate of the LNMB but the policemen and soldiers prevented them to proceed.

Despite the presence of state forces, the Lakbayanis stood their ground and continued with their program where speakers from various sectors recalled the nightmares they had gone through during the martial law years of Marcos. The speakers included Bayan Muna party-list Rep. Carlos Zarate and Gabriela Women’s party-list Rep. Emmi de Jesus.

A woman from Cordillera narrated how Marcos and members of the Armed Forces of the Philippines harassed the indigenous communities in the area. She also recalled Macliing Dulag, who has regarded as a great leader who fought hard to protect their ancestral lands. Dulag, a respected elder of the Butbut tribe in Cordillera was murdered by government soldiers in April 24, 1980. He was a known figure of the resistance against the plan to build a dam on the Chico River.

A Lumad leader from Mindanao, Datu Monico recounted the nightmares the people of Mindanao, especially the Lumad, under the reign of Marcos, the harassments, arrests and the killings.

The massacres that the soldiers under the Marcos administration had done to Muslim communities were also recalled by Jerome Succor Aba. With the implementation of Martial Law in Mindanao, Aba said the present administration of President Rodrigo Duterte now resembles that of the Marcos regime. 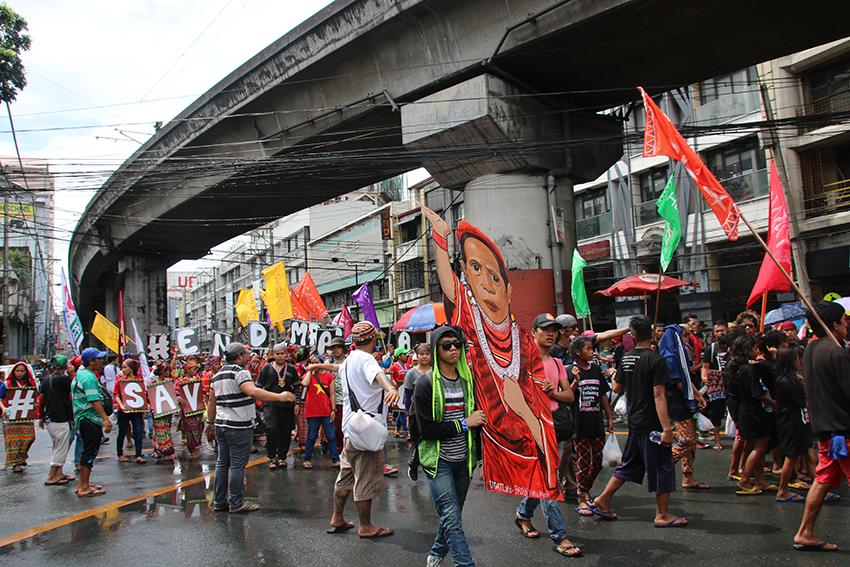 As the speakers tell of the horrible experiences they had experienced the Marcos dictatorship and martial law, the national minorities also chronicled their opposition to the continuing treatment of the Duterte administration to the Marcoses which they said is tantamount to absolving the former dictator of the crimes he committed against the Filipino people, particularly to the national minorities. 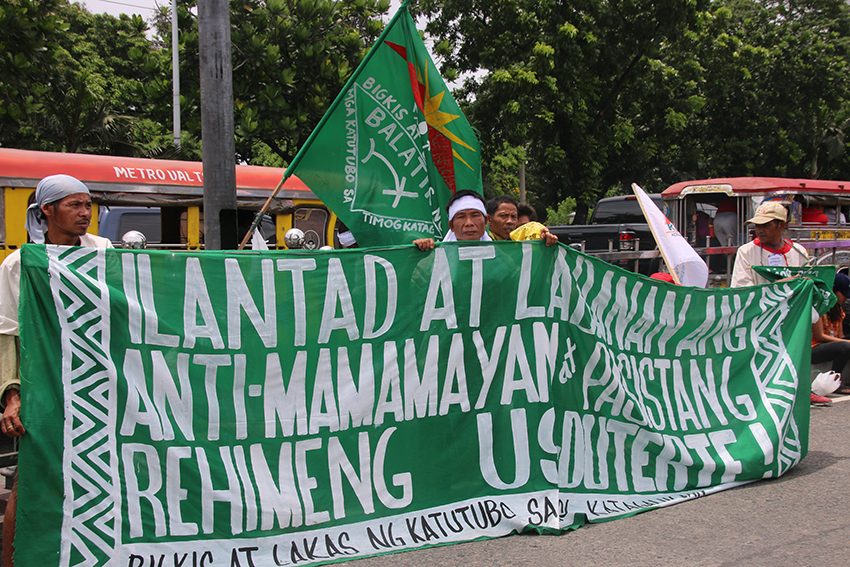 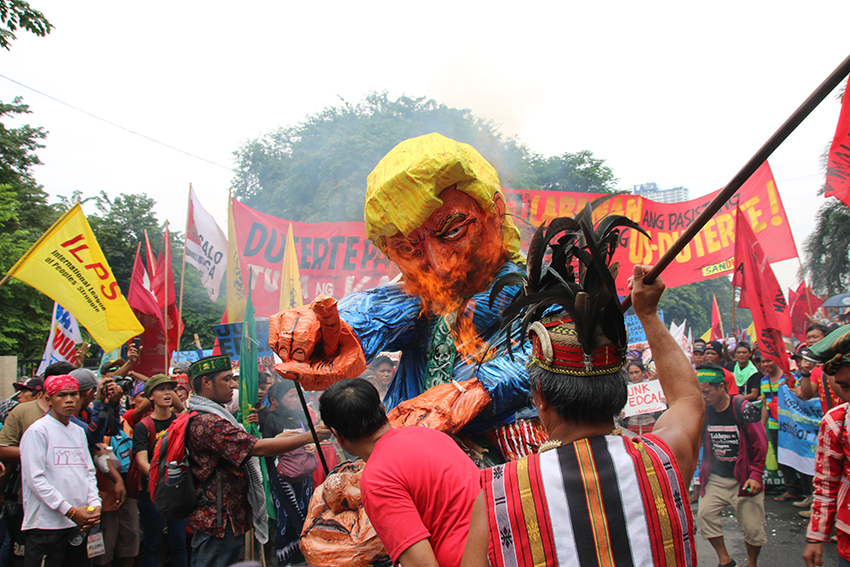 Leaders of last Monday’s protest said their movement manifested the people’s undying eagerness to assert their rights, expose the anti-people policies of the government. To them, it also showed, their unyielding will to fight the “unfolding tyranny and fascism” of the Duterte administration.